Each month, we look forward to hosting Council Day, and for a good reason: It’s an opportunity to invest in ourselves, our collective work ethic, and our community. Last Friday’s Council Day celebration was no exception as we made time to reflect, converse, and bond with our colleagues. After our morning sessions, we took to the streets — quite literally — to help clean up and beautify our community of Westmoreland.

Early in the day, Coalfield team member Stephen Schrock, a graphic designer with Mountain Mindful, joined us via Zoom to talk about mental health and discuss the benefits of pausing to recenter — especially during the ongoing coronavirus pandemic. As a musician, he struggled with disappointment of not being able to perform with his bandmates as they’d planned.

Though meditation requires discipline, it’s worth the effort, he said, adding that practicing gratitude has been a great way to cool off when life gets overwhelming.

“Simply sitting and thinking about nothing is extremely difficult,” Shrock said in response to a question. “One of the things to get started was to literally sit and [if my] mind felt busy, I’d make lists of the things I was thankful for: my cats, my wife, my job, my band. Make a list, and by the end you’ll feel better than when you sat down.”

Schrock said he plans to focus more on the present and less on expectations. 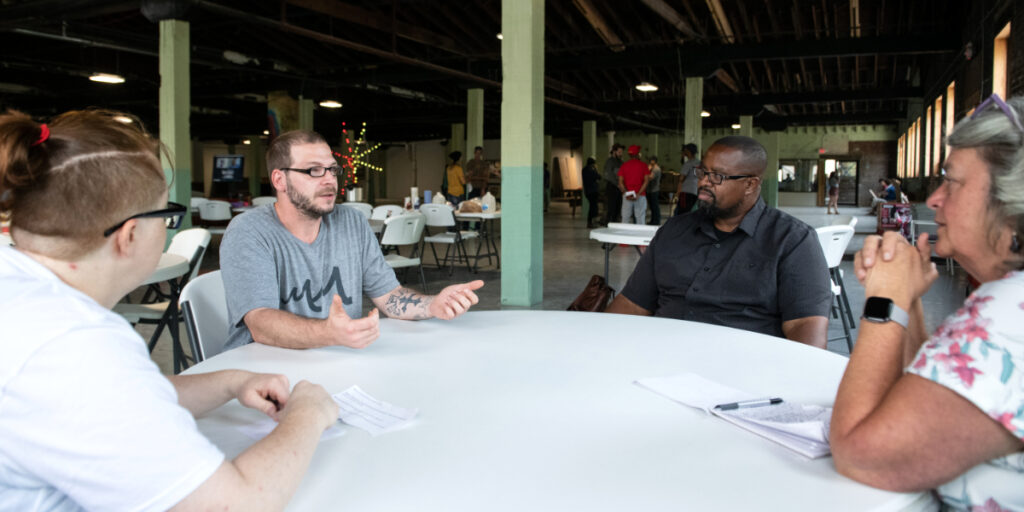 “What’s the difference between a scar and a wound?”

For a brief period of reflection, CEO Brandon Dennison opened the floor for a conversation about the question on the topic of “healing” — as people and as a nation. Following a brief group discussion, Coalfield crew journaled their response to the prompt: “What’s the difference between a scar and a wound?” The more serious wounds — such as racism, hate, and inequity in our nation — require immediate attention in order to heal.

After lunch, Gina Milum, Coalfield’s enterprise support coordinator, and Nick Guertin, associate director for Revitalize Appalachia, gave a brief presentation about their experience celebrating Juneteenth in Chicago on June 19th. The pair reviewed the history of the newly-designated federal holiday and made a call for unity in our state and beyond. 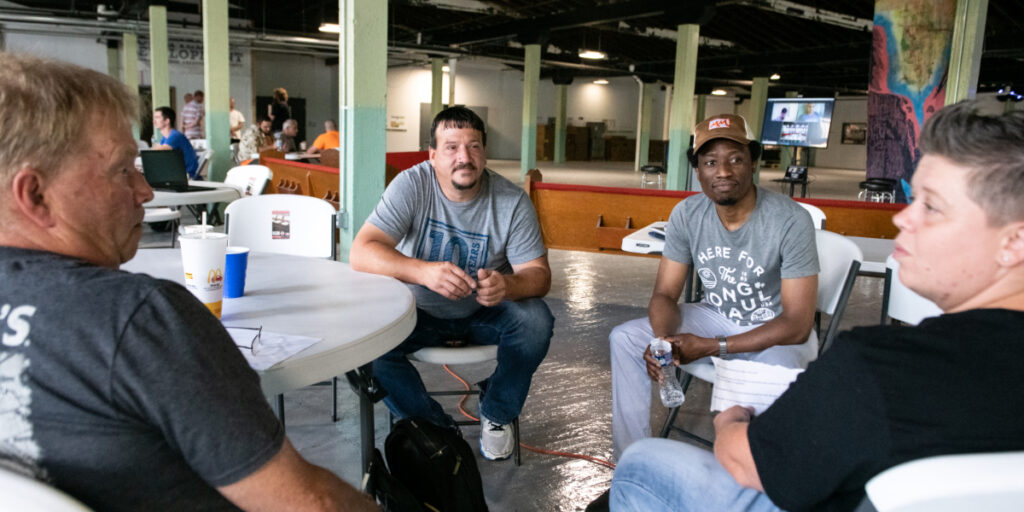 Westmoreland gets a Coalfield cleanup

After lunch, our team ventured outdoors to clean up litter outside of West Edge Factory and along the streets of Westmoreland. The cleanup effort helped each of us connect with one another and our community.

Carla Ferguson, asset manager, said the cleanup was an opportunity for the Coalfield team to demonstrate that they’re invested in revitalizing the city as a whole, not just the West Edge Factory grounds.

“Coalfield Development is a leader of the community,” Ferguson said. “I think this is a great way to show this particular community where our West Edge facility sits that we do take an interest, and that we do care about the community and making it better for everybody.”

Trainee Jaron Ekers said the litter cleanup would be beneficial in more ways than one.

“Nobody wants to walk around and have an eyesore in their community,” Ekers said. “Plus, it’s great for the environment.”

Nick Guertin, associate director for Revitalize Appalachia, said he hopes that these positive acts will inspire others to do their part, too.

“I think it will hopefully motivate other people to do their own positive change in whatever way they think they can help or improve their own community,” Guertin said. “Hopefully [we’re] leading by example and motivating others to do the same.” 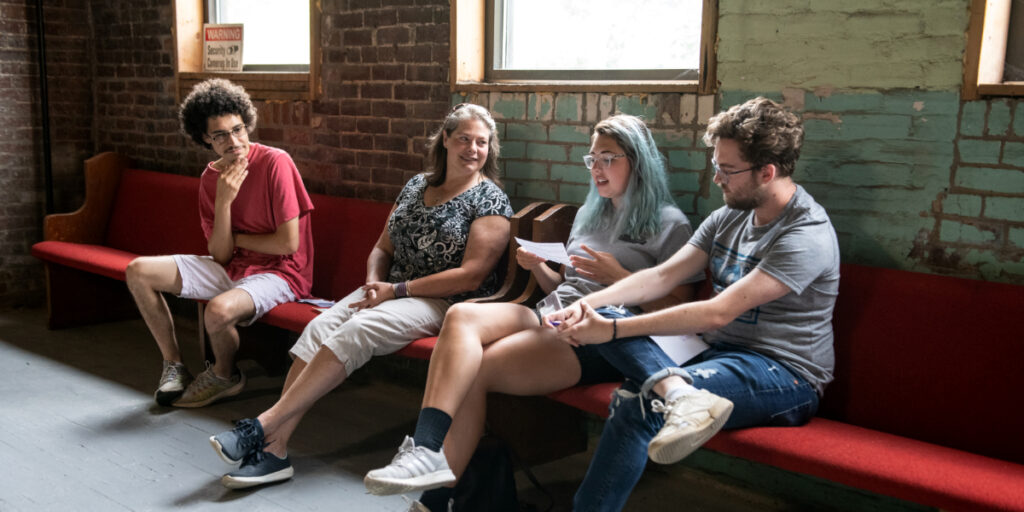