It all started about 9 months ago when my boss asked me to attend some group meetings with a large non-profit funder and several other non-profits. He wanted Coalfield to be represented and involved and I was happy to oblige.

Sitting in the first “Hollywood Square” like screen of the first zoom meeting, the first thing that struck me was the diversity of the group, black, brown, white and from all over the country. I was excited to be a part of this group.

Time passed, conversations were started and more meetings were spawned. We talked about our communities, our organizations, and the problems and barriers that our communities faced. We shared our work, our concerns, our frustrations and true friendships were forged. One thing led to another and the next thing I knew, I was in a car driving almost 500 miles to attend my first Juneteenth celebration. I was heading to Sweet Water Foundation in Chicago to meet Emmanuel Pratt and his team.

The first thing I noticed as I drove through the southside of Chicago were the blocks and blocks of empty space. Some blocks would have a house or two, some would have a closed down school, and some with shuttered industrial sites, just block after block devoid of any signs of life. The evidence left of an economic struggle and the chalk outline of the attempted homicide of a community. Wounds inflicted by red lining, financial exploitation and municipal neglect. But then I turned the corner and immediately realized that the neighborhood still had a pulse and that it wouldn’t just survive but thrive. 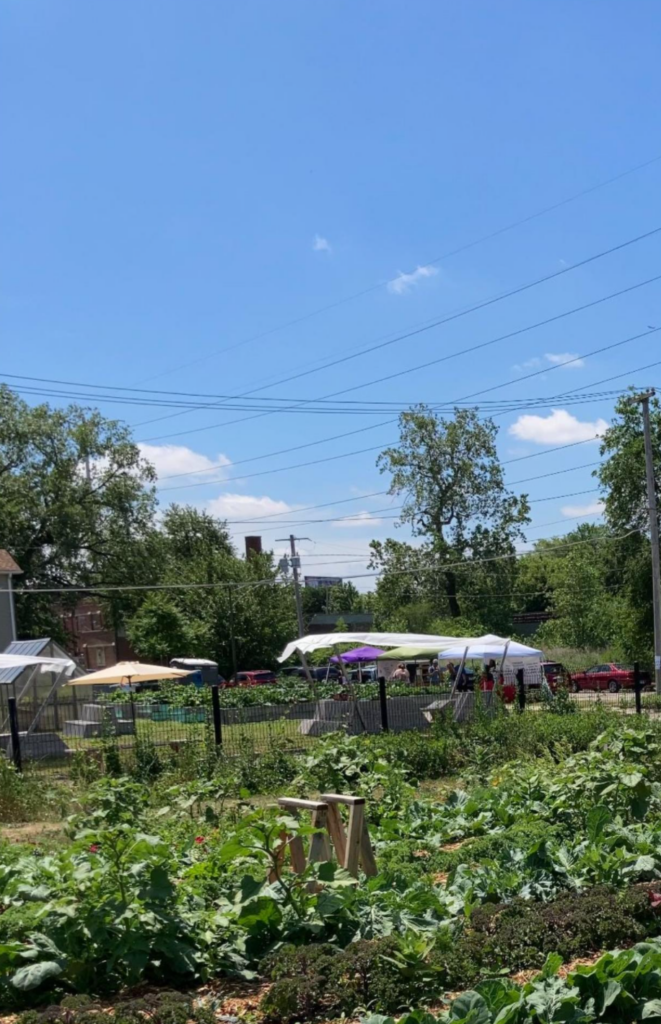 Sweet Water Foundation sits like an oasis in the middle of a desert. A unique and resourceful structure called the Thought Barn sits in the middle of a beautiful well-tended community farm. A large two-story mural painted on the side of the Think-Do House, a formerly foreclosed home, makes you mindful of being inclusive because of the rainbow of people painted on it. The problem of a lack of water for the gardens has been addressed with 4 ingenious water catchment towers with solar panels that generate power for water pumps and laptops. Workshops and spaces to create are made from resources that have been reclaimed and repurposed. Everywhere you look you see where the Sweet Water team has made something from nothing. 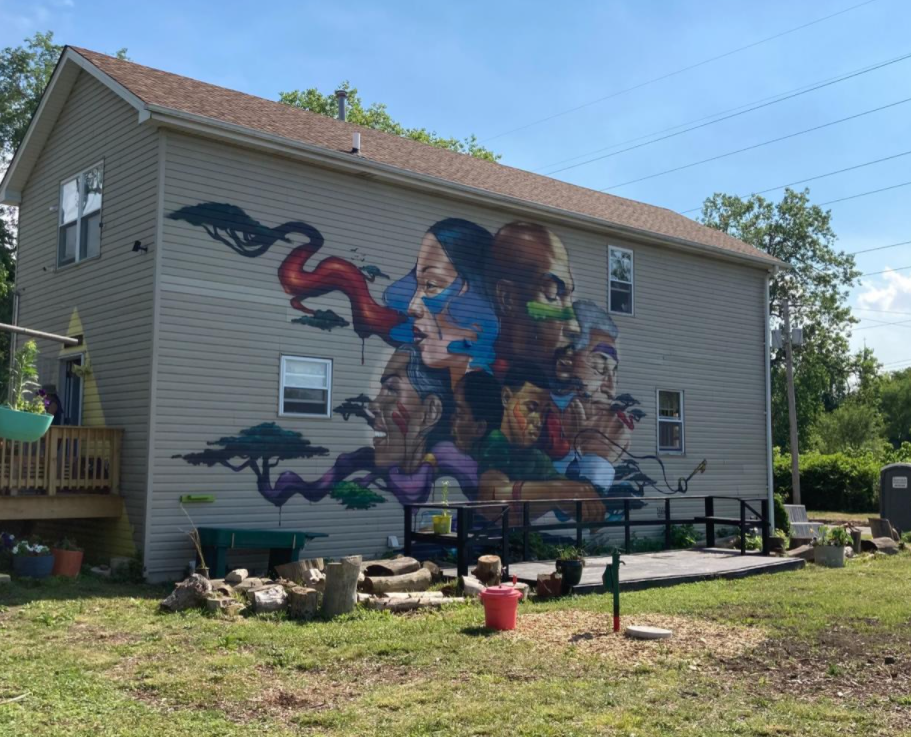 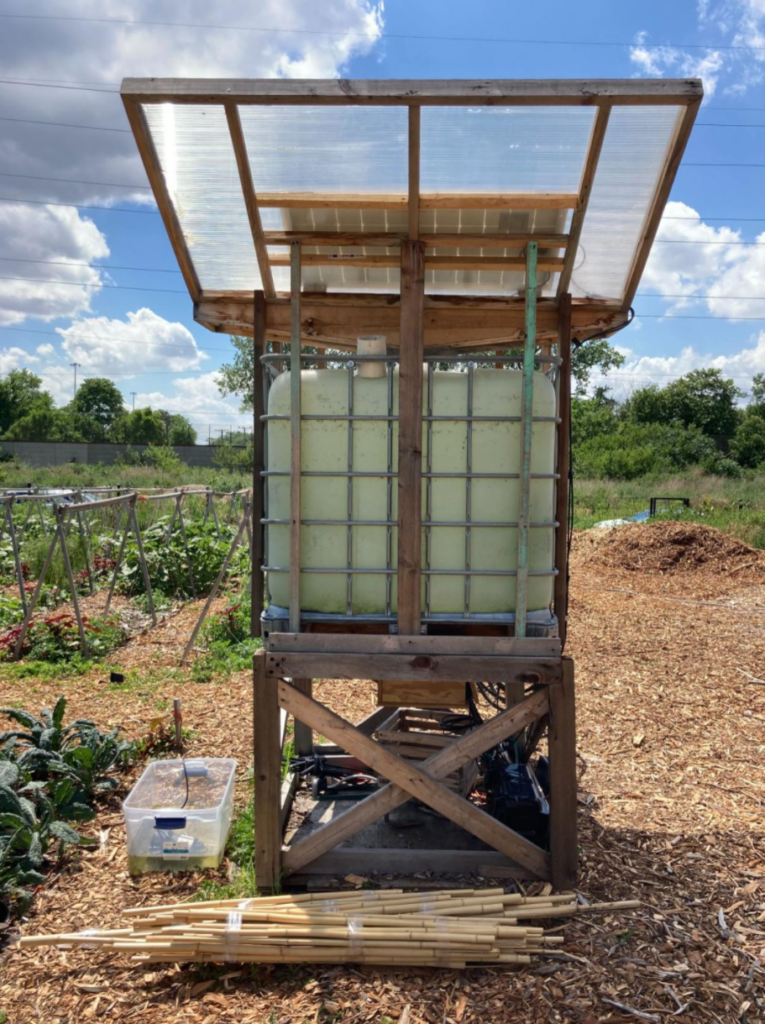 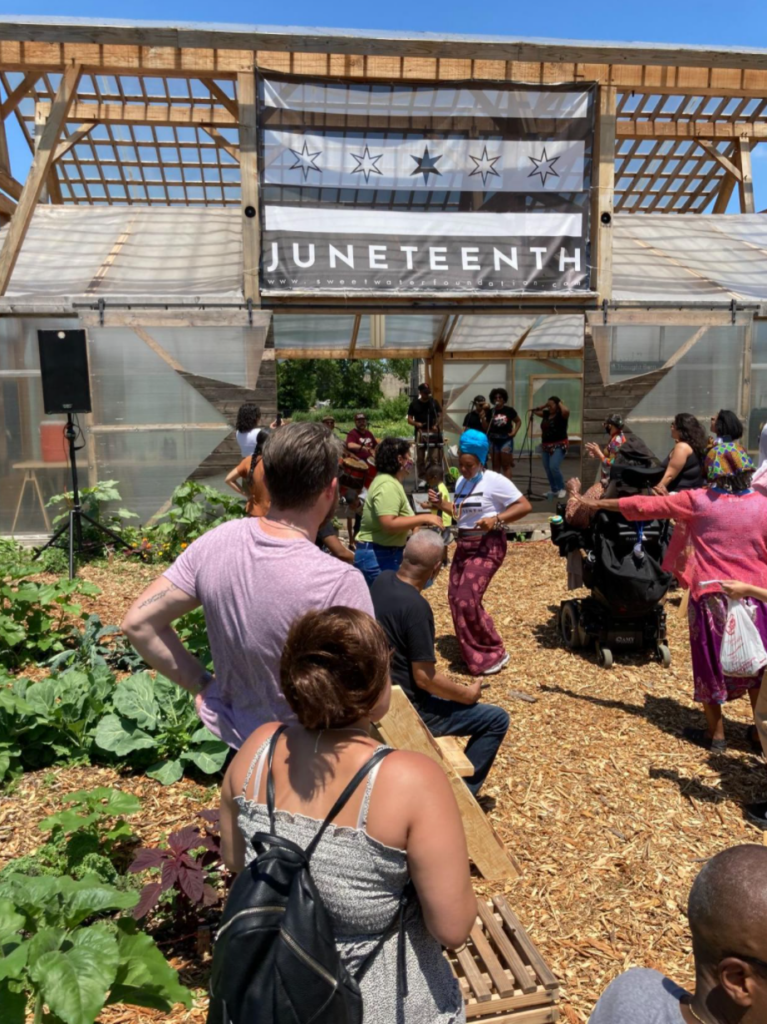 As I parked the car, I immediately heard the music and saw the Juneteenth sign on the Thought Barn. People were gathered around it dancing and clapping and the celebratory atmosphere was infectious. While Sweet Water’s Juneteenth celebrations had been very large in the past, this one was kept small due to Covid, but it was still definitely lively. The beat of drums carried over the 4 city blocks of the SWF and I went to one of the many canopied stations to get my SWF Passport. The passport encouraged people to visit and experience all the things happening. When you visited a vendor or the (Re) Construction House or the Think-Do House you’d receive a stamp on your passport. It was a great way to remind you of all the things to do and see.

The band announced their last song and asked everyone to gather around for a few words from Emmanuel, the director of SWF, before we ate the meal that was provided partly from the garden that surrounded us. I don’t remember exactly what Emmanuel said, but I remember how I felt when he said it. I felt like there was no other place that I would rather have been than the place that I was at for my first Juneteenth celebration. As some of the injustices that still stand in our country were listed, I felt aware of how much privilege I enjoyed just because of the color of my skin. When Emmanuel reminded us that the struggle for freedom and equality was still taking place and would continue into the future, I felt committed to help in whatever way I could. When a young Human in Residence at SWF recited a poem recounting the half millennia of subjugation, degradation, segregation and discrimination her ancestors had suffered in this country, I felt moved to tears and astonished that a people so oppressed and exploited could be so resilient and joyful. And most of all, I felt honored to get a chance to get to know the people around me.

After an amazing lunch, we all moved back to the Thought Barn. Sweet Water has always been very conscious of who owned the land originally, and you are struck by that hommage first by the dominant image of Native Americans in the mural on the Think-Do House. The teepee in the back corner of the farm donated by the Crow Nation is another. SWF had invited members of the Potawatomi Nation to attend and be a part of Juneteenth, and I was thrilled to be able to hear from members of the tribe in native dress, watch their dances and listen to their music. For the last dance and the close of the celebration, we were asked to form a circle and hold hands. As we all moved clockwise to the beat of a drum that had been handed down through generations, I felt like we had a collective heartbeat. The thump and pause, thump and pause, thump and pause that every human on earth can feel in their chest. The work of an organ we all have pumping blood of the same color to feed the cells we all need to live. And I knew Juneteenth was a manifestation of something powerful and awesome and hopeful and I hope I will be invited back next year. 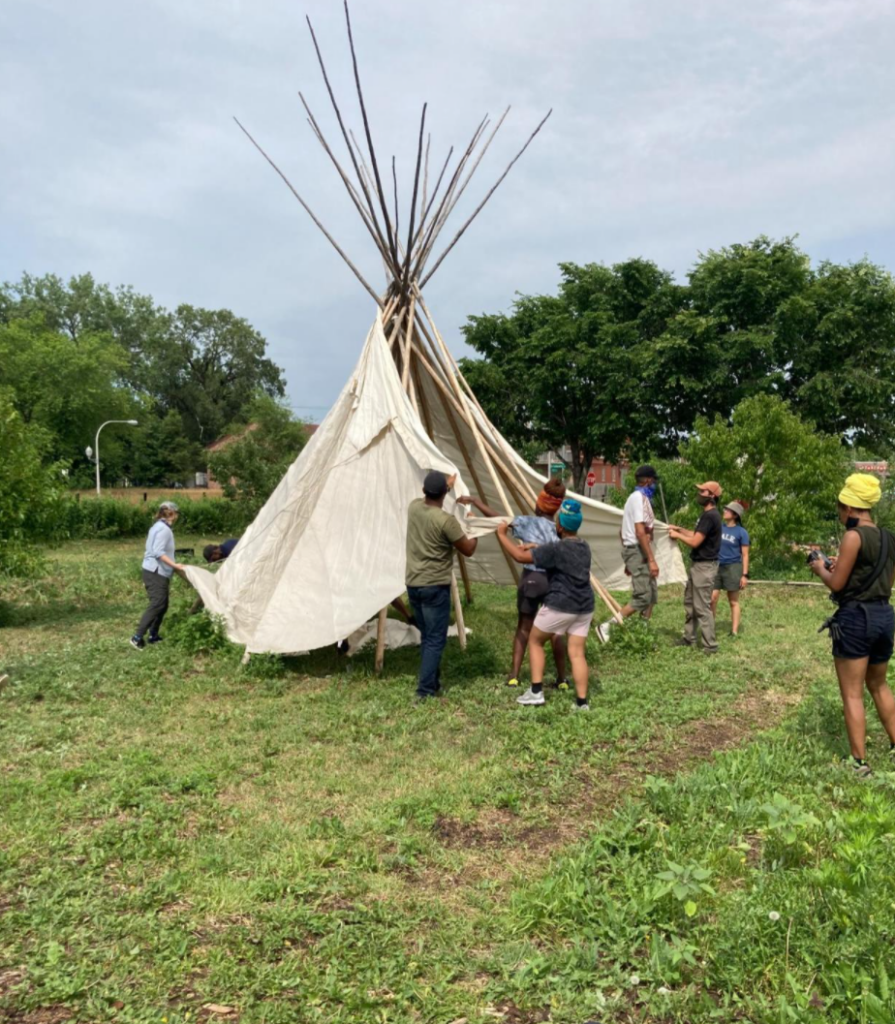