Welcome to the new Appalachian Economy 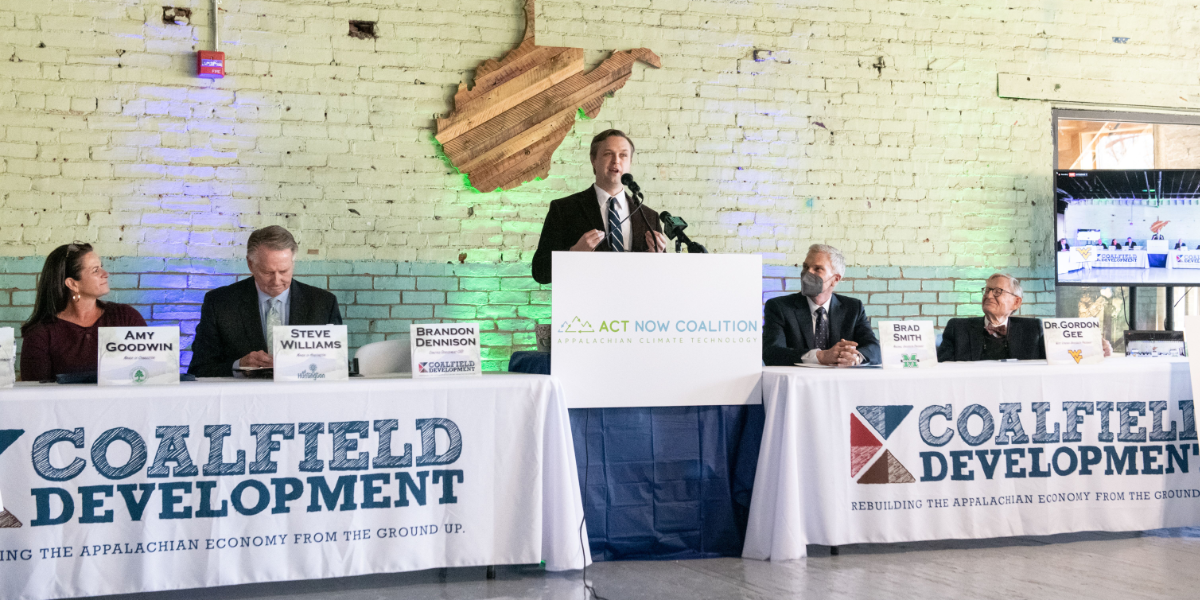 Remarks by Brandon Dennison at the ACT Now Coalition Launch in Huntington, WV on February 7th 2022

I’d like for you to take a minute and understand the importance and symbolism of our very own West Edge factory here in Westmoreland, West Virginia.

This factory is the story of Southern West Virginia.

It used to hum loudly. We made things here. And then we hit hard times. The factory sat empty for more than a decade. But like our region, it is on the comeback. People are learning here, they are training here, and more importantly, people are working here.

The people here in this factory are building the foundation of a new Appalachian economy.

Throughout the day and week, you can hear coal trains still rolling by here. So today we honor the heritage and the coalfields of Southern West Virginia. We honor the hard work that has powered this nation. But we are also looking ahead. We have always been an energy state. So how can we stay an energy state? We recognize and understand that we are in an era of rapid and dynamic change. And so this ACT Now Coalition is about West Virginia– not just trying to keep up with the change– but shaping the change and shaping what the future looks like.

Here in West Virginia, we make things, we fix things, we grow things, and we build things. This ACT Now Coalition is all about building our economy for the future and for the benefit of this Appalachian region, our country and planet.

I started as a volunteer in Wayne County in the summer of 2010 as a 24-year-old who grew up in West Virginia. I loved this place and wanted to give back but didn’t know exactly how. Back then, I was involved in a great program called HUB CAP. Our extension agent Carl Marcum, who has since passed, was a quiet and humble community leader who showed up and always did the right thing.

One day Carl listened quietly and waited until we all got quiet. He then said, “Ya’ll. We’re going to have to decide if we are going to be crabs or geese.”

That comment was a head scratcher. Nobody knew exactly what he even meant by that question.

So, he took the next ten minutes to explain what he meant.

He said when you put both crabs and geese together in a space, they fight and bicker. He asked us if we had ever seen crabs in a barrel. He explained how they are constantly pulling one another down and attacking one another. They stay in the barrel and keep pulling each other down. They are solely focused on their own self-interest. He said Geese are similar in that they hiss and swat at each other angrily. But the difference is that when Geese finally decide where they want to go, they work in coordination and cooperation. We’ve all seen that beautiful V-formation. It is truly incredible how far they can travel together once they get airborne as a team.

At present, we have Geese. We have the state’s two largest cities, the two largest universities, some of the biggest and most innovative nonprofit organizations along with the health and private sectors. Groups that have sometimes competed with one another in the past have now come together with a shared vision for a new Appalachian economy.

I am so inspired by what these groups are doing, and I truly believe we are primed to pull this off.

We are fortunate to be living in historic times for our Appalachian region.

Together, our ACT Now Coalition will transform the struggling southern West Virginia region with economic investments and job creation in the solar industry, expansion of technology businesses, upgrades of buildings to be more energy efficient, redevelopment of industrial spaces and “brownfields” for 21st century manufacturing, and the transformation of abandoned mine lands into new sustainable assets.