We define focus as individual work involving concentration and attention devoted to a particular task or project. 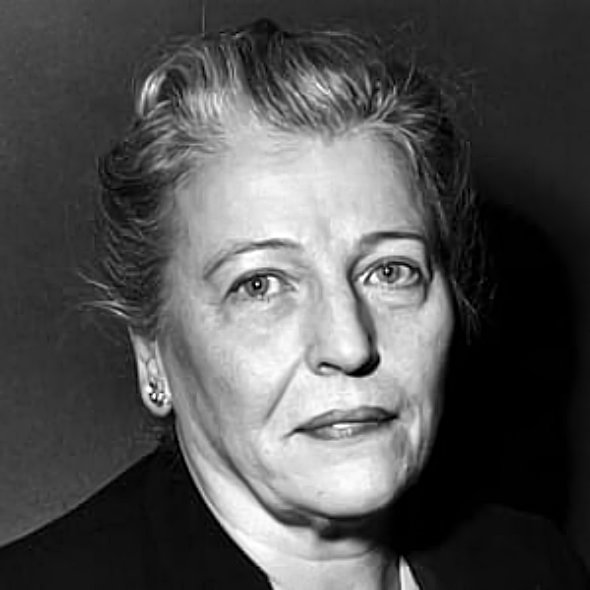 Pearl Sydenstricker Buck, also known by her Chinese name Sai Zhenzhu, was an award-winning writer and prolific novelist who dedicated her life to service in both China and America. Buck’s intense ability to focus her efforts led her to become the first American woman to win the Nobel Prize in Literature “for her rich and truly epic descriptions of peasant life in China and for her biographical masterpieces.”

Buck was born in Hillsboro, West Virginia, at the home of her mother’s family—a home that would play an important role throughout her accomplished life. Buck’s parents were Presbyterian missionaries in China who were home on reprieve when she was born, and returned to China when Buck was just five months old. Her parents preferred to live outside the missionary walls, embedded among the Chinese peasants. Buck’s childhood experiences with the people, language and culture of China shaped the foundation of her young mind and world view—something that would influence the material in her novels as an adult.

Buck learned Chinese and English, and had her first work published at six years of age in the English-language Shanghai Mercury, a newspaper with a weekly children’s edition.

Buck’s writing style was a cross-cultural mix influenced by Charles Dickens and by a Confucian scholar who tutored Pearl in Confucianism, Chinese history, and Chinese writing and reading. Buck’s mother made it a point to expose young Pearl to as much American culture as possible to lessen any potential culture shock upon their return to the United States—she cooked American meals and celebrated all American holidays in their home.

Buck came back to America in 1910 to attend Randolph-Macon Women’s College, from which she graduated with a degree in philosophy in 1914. After one semester of teaching psychology at Randolph-Macon, Buck returned to China to care for her ill mother and teach for the Presbyterian Board of Foreign Missions. She married John Lossing Buck, a missionary and agriculture specialist from whom she took her last name. Their travels throughout Chinese farming villages provided the physical and cultural backdrop for her best-known novel, The Good Earth.

On March 4, 1920, Buck gave birth to her sole biological child, Carol, who suffered from phenylketonuria, a mental deterioration disease. At the age of nine, Carol was enrolled at the Vineland Training School in New Jersey, where she lived until her death in 1992. Buck wrote the 1952 work The Child Who Never Grew about her life experiences with Carol—the book served to help connect and ease the suffering of parents who had children with similar disorders.

The Bucks enrolled as graduate students at Cornell in 1925, and Pearl received her Master’s in English Literature, which she used to submit writings for publishing income to help pay for Carol’s care. Buck’s literary career launched in 1930 with her first novel, East Wind, West Wind. The Good Earth, which earned her the Pulitzer Prize in 1932 and sat atop the bestseller list for 21 months, was adapted into an Oscar Award-winning film in 1937.

Buck continued writing with laser focus, going on to publish over 100 works of fiction and non- fiction up until her death in 1973. Perhaps Buck’s greatest achievement was introducing Chinese peasant culture to the international community; her portrayal of this exotic culture earned her the Nobel Prize for Literature in 1938, making her the first American woman to earn both a Pulitzer and Nobel Prize.

Likely a result from her exposure to Chinese culture, Buck’s expert use of focus in her work is perhaps best summed up by her famous quote: “The secret of joy in work is contained in one word— excellence. To know how to do something well is to enjoy it.” She understood that joy comes from being fully present in what one is doing; that joy comes from removing distractions and truly focusing on the task at hand to become a master of what one is doing at all times.

Buck was able to direct her focus to many causes. In her biography, she is portrayed as “a driving force in humanitarian causes. She was a longtime advocate of cross-cultural understanding and racial harmony as a means of achieving world peace.” She became an avid supporter of the Civil Rights Movement, and founded The Welcome House Adoption Agency, which still exists today. Her focus led her to seek out and address prejudice wherever she could find it.

The Pearl S. Buck Foundation was established in 1964 to care for children in foreign countries and provide education, healthcare and job training. In her book My Mother’s House, which she wrote to raise money to establish her childhood home as a museum, Buck wrote about growing up in a foreign country: “For me it was a living heart in the country I knew was my own but which was strange to me until I returned to the house where I was born. For me that house was a gateway to America.” That home, to which she later referred as “a symbol of security and peace in a world where there was neither security nor peace,” is now the Pearl S. Buck Birthplace Museum.

Perseverance is persistence in doing something despite difficulty or delay in achieving success. 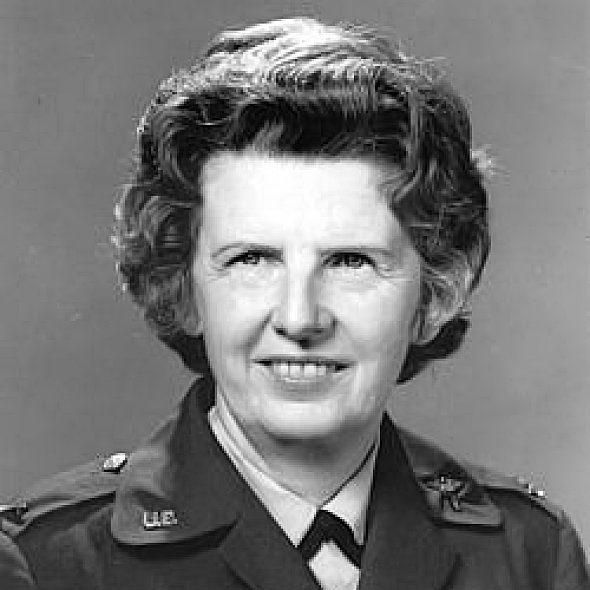 Ruby Bradley was a highly-decorated United States Army Colonel and nurse who was known for her extreme displays of grit during her myriad military experiences. Bradley’s resolve as a prisoner of war and her courage while rescuing American soldiers are prime components of her spectacular perseverance.

Bradley was born in Spencer, West Virginia, and grew up teaching in the various one-room schoolhouses of Roane County. She became a nurse in 1933, soon joining the ranks of the U.S. Army Nurse Corps in 1934.

Bradley was stationed in the Philippines when the Japanese bombing of Pearl Harbor occurred on December 7, 1941. When her post fell to enemy control following evacuation of the Army, Bradley and two other medical peers hid in the hills for five days. The long journey that would put Bradley’s perseverance to the test began when she was captured following betrayal by the couple that initially helped hide them.

In 1943, she was transferred to the Santo Tomas Internment Camp in Manila – it was here that she and her nurse comrades earned the title “Angels in Fatigues” from the captives for which they cared. During her internment, Bradley assisted in more than 230 major surgeries and delivered 13 American babies. She repeatedly would go hungry in order to shove food in her pockets for starving children. The POWs subsisted mainly on one cup of rice a day. “I’d save part of my food for the children later in the day, when they started crying and being hungry,” she said. Bradley’s selfless displays of grit included taking advantage of her starvation – the weight she lost allowed enough room to hide surgical equipment under her garments and still appear unchanged to her captor’s eye. Upon her liberation in February of 1945, Bradley weighed 86 pounds.

Bradley wrote the following summation of the practicality of perseverance in her essay, Prisoner of War in the Far East: “It was immediately evident that survival required belief in and practice of the philosophy of utilitarianism. Without the application of this philosophy, survival would have been even less easily attained. One soon learned that the value of an item could be measured by its utility.”

Bradley’s dedication to service manifested through her perseverance, and continued to be on display following her return to America. Even following the traumatic experience as a prisoner of war, Ruby remained active in service to her country. After receiving a bachelor’s degree from the University of California in 1949, she deployed again to serve in the Korean War as Chief Nurse for the 171st Evacuation Hospital. In perhaps her most courageous stunt, Bradley showed extreme resolve during the 1950 Chinese Counteroffensive. Surrounded by 100,000 advancing Chinese soldiers – mainly snipers in her vicinity – Bradley refused to evacuate until she had loaded all of the sick and wounded safely onto planes. She reportedly jumped aboard the moving plane as an enemy shell exploded her ambulance.

Bradley’s perseverance led to her becoming one of the highest decorated women in United States military history. She was the third woman to be promoted to colonel in 1958, and overtime was awarded 34 medals and citations of bravery – including two Legion of Merit Medals and two Bronze Stars. Following her heroics in Korea, she was the first woman to receive a full-dress honor guard ceremony. Bradley began receiving annual recognition when her hometown of Spencer started Ruby Bradley Day in September of 1991.

Despite her heroic exploits and decorative honors, Bradley remained extremely humble – she told a reporter in 1991 that she never saw herself as anyone special. “I want to be remembered as just an Army nurse,” she said. Bradley passed away in Hazard, Kentucky, and lays at rest in Arlington National Cemetery.