We define following instruction as the act of closely and properly following orders; the step-by-step repetition of directions. Answer the following questions, being honest with yourself. 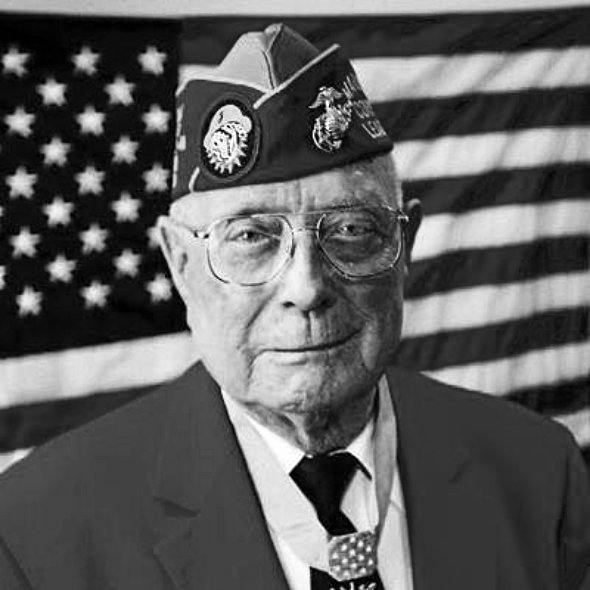 Woody Williams is a retired United States Marine who received the highly-coveted Medal of Honor for his heroic World War II actions in the Battle of Iwo Jima. His carrying out of orders under certain threat of death is the quintessential example of what it means to follow instruction.

Born in Fairmont, West Virginia, Williams grew up on a small dairy farm. He began his legacy of following instruction by diligently working as a truck driver and cab driver prior to his enrollment in President Roosevelt’s Civilian Conservation Corps. When the Japanese attacked Pearl Harbor, Williams, who was working at a CCC camp in Montana, attempted to enroll in military service. Williams, standing at 5’6”, was under height requirement at the time and was turned away. In 1943, the height requirement was revised, and he was inducted into the Marine Corps Reserve in Charleston, West Virginia.

Williams’s extraordinary dedication to his orders came during the deadly Battle of Iwo Jima in 1945. When U.S. tanks were attempting to clear a path for infantry, they encountered a series of concrete machine gun bunkers and mines. Williams was instructed to be a one-man front line and use his 70-pound flamethrower to disable the pillbox bunkers under heavy enemy fire. With cover from just four riflemen, Williams spent four hours going back and forth between the bunkers and his own front lines to prepare demolition charges and attack with his flame. William’s solo heroics allowed the line to be cleared, assisting in the U.S. victory. He would continue fighting for five more weeks before being wounded by shrapnel, earning him a Purple Heart.

Williams’s ability to follow instruction and go “above and beyond the call of duty” earned him the Medal of Honor – the highest award that can be given for military service. President Truman delivered the Medal to Williams in a service at The White House. His official citation states, “Corporal Williams’s aggressive fighting spirit and valiant devotion to duty throughout this fiercely contested action sustain and enhance the highest traditions of the United States Naval Service.”

Williams, however, reenlisted into the Marine Corps Reserve following his discharge from WWII service. His dedication to the chain of command continued as he worked with West Virginia veterans as a counselor for the Veterans Administration. He continued to serve veterans for 30 more years through operation of a rehabilitative horse farm in Cabell County, West Virginia.

His life-long ability to follow instruction built him solid reputation and produced extraordinary results in his commitment to his country. He was awarded the West Virginia Distinguished Service Medal in 1965. In 2017, the U.S. Navy christened the USNS Hershel Williams, an expeditionary sea base.

We define optimism as a positive mental state of hopefulness and confidence about a successful outcome or the future. Synonyms include: hope, cheerfulness, positivity, buoyancy. 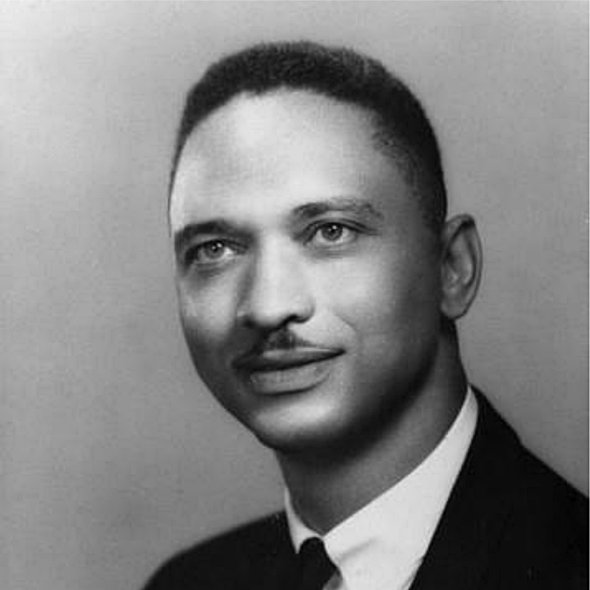 Leon Sullivan was a Baptist minister and civil activist who focused his efforts on developing career opportunities for African Americans. His faith and courage in his pursuit of racial equality highlight his unshakable optimism.

Sullivan was born in Charleston, West Virginia, the only child to poverty-stricken parents who would divorce three years later. His childhood home sat in a dirt alley in one of the poorest sections of the state capitol. At the age of twelve, Sullivan attempted to purchase a soda from a store on Capitol Street, was denied the sale, and was told by the store owner to “stand on your feet, boy. You can’t sit here.” Sullivan credits this event in setting the course for the remainder of his extraordinary life.

Following the faith-based lifestyle encouraged by his grandmother, Sullivan became a Baptist minister at 18. He went on to obtain degrees from West Virginia State College and the Columbia University Union Theological Seminary in New York City.

When Sullivan began his 38-year tenure as pastor of Philadelphia’s Zion Baptist Church in 1950, he was able to see the needs of his community. From the view of his pulpit, he saw thousands of African Americans without jobs struggling to put food on the table in a city where thousands of jobs sat waiting to be filled. Rather than encourage the disenfranchised to pursue public assistance, Sullivan wished to empower his congregation through jobs training and economic development.

Sullivan was optimistic from the beginning – he encouraged Philadelphia’s largest companies to interview young black men. When only two employers answered the call, he organized with 400 ministers to launch a boycott targeting the city’s businesses unwilling to practice equal opportunity employment. The campaign opened up more than 4,000 jobs to African Americans.

While many young blacks were hired, many more still needed to be trained. Sullivan used donations from his supports to found the Opportunities Industrial Centers in 1964 – the Center provided job and life skills training and matched graduates with the needs of Philadelphia-based employers. The initial success of the original OIC saw its replication around America, resulting in job creation for blacks in 70 U.S. cities and 15 African countries.

In 1971, Sullivan’s optimism and economic vision saw him appointed to the board of directors for General Motors, becoming the first African American to hold such a seat at the auto giant. His Global Sullivan Principles, originally aimed at multinational companies, were embraced GM and soon after adopted by the United Nations in 1999 as an international code of corporate conduct.

Among other collaborative efforts and international successes, Sullivan was nominated for the Nobel Peace Prize, awarded the 1991 Presidential Medal of Freedom, and received honorary degrees from 50 higher education institutions. Prior to his death in 2001, his hometown of Charleston honored him by renaming a major thoroughfare Leon Sullivan Way.

Sullivan’s optimism in the face of racial discrimination served as a beam, illuminating hope in thousands of struggling black men. He operated by the mantra of “Build Brother Build” – a philosophy that governed all aspects of his remarkable life. From the dirt streets of Charleston to the board room of America’s largest auto company, Sullivan built his legacy on the foundation of optimism.