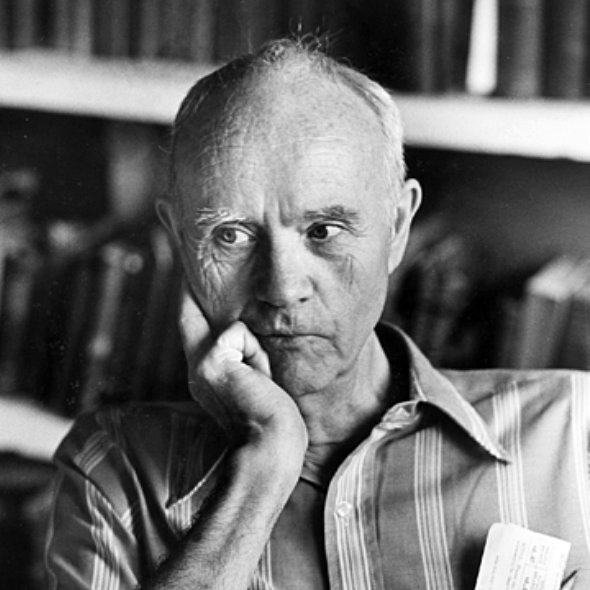 Jim Comstock was a nationally-recognized newspaperman and author, known for his Appalachian wit and penchant for practical jokes. He became a noted historian when he published the 51-volume West Virginia Heritage Encyclopedia. He published his West Virginia Hillybilly weekly newspaper in Richwood for 35 years. Comstock’s famous attitude and large personality were as genuine as the news he reported and as sharp as the humor in his satire.

Comstock was born in Richwood, West Virginia, where he spent the majority of his life dispensing news and making comedic observations about the Mountain State. After receiving his B.A. in English from Marshall College (now Marshall University) in 1934, he taught high school English in Richwood through the early days of the Great Depression. The public school system suffered during the economic crash, and Comstock took a job making gun barrels following the start of World War I. Finding the manufacturing process quite boring, he enlisted in the Navy, serving at the rank of lieutenant as a message decoder on the island of Guam.

Comstock’s return to civilian life marked the start of his journalism career. He began as a correspondent for the Clarksburg Exponent Telegram before branching off to start his own newspaper, the West Virginia Hillbilly, in 1953. Comstock self-published the satiric Appalachian tabloid that included feature articles, columns of interest to West Virginia locals, and book notes. The editor’s own column, dubbed the Comstock Lode, was a reader favorite that featured stories spun from his experiences picking up hitchhikers during his travels throughout West Virginia. The Hillbilly amassed a circulation of 30,000 readers during its peak in the 1960s and 70s, reaching an audience in 40 states and six foreign countries. Many of these subscriptions found their way to native West Virginians living elsewhere, which Comstock referred to as “chickened-out West Virginians.”

Savvy as a creative businessman in an area of low economic opportunity, Comstock financed the purchase of a printing press by selling 25-year subscriptions for $25. To pique the interest of subscribers, he mimicked the famous 1953 Kinsey study, “Sexual Behavior in the Human Female,” by conducting his own survey of the sexual behavior of the Richwood female.

Comstock was well known for his mischievous and provocative practical jokes. Perhaps his most famous stunt was incorporating the scent of ramps—a wild garlic famous in Appalachia for its strong and offensive odor—into the ink he used to print his newspapers. The stunt tainted the air in the local post office so much that the Post Master demanded Comstock promise to never tamper with his mailings again.

Noted for his conservative political stances, Comstock attempted to ruffle feathers when he ran on the 1964 Republican ticket for Congress in West Virginia’s traditionally-democratic Third District. His brash and humorous attitude was on full display when he promised to run a campaign free of politics and came out as a candidate against motherhood. Not surprisingly, Comstock lost the election. By keeping his musings lighthearted and his humor aimed at both sides of the political spectrum, the right- leaning Comstock was able to attract fans from both parties.

Comstock accomplished his greatest historic feat when he completed the 51-volume West Virginia Heritage Encyclopedia. All 3,000 printed copies were sold, with many currently residing in public libraries and academic institutions throughout the Mountain State. Comstock traced the origins of the exhaustive project to the early days of the Hillbilly, when he was unable to answer questions posed by schoolchildren about West Virginia history. Comstock often labeled the project a labor of love, and spoke of the great enrichment he received from the process.

Along with devoting 20 years to the Encyclopedia, Comstock hunted for and published out-of- print books by and about West Virginians. He backed up his professed love for West Virginia heritage with philanthropic and educational gifts to the state and its people. He led the effort that purchased and preserved Noble Prize-winning Author Pearl S. Buck’s birthplace in Hillsboro, and assisted in the rescue of the historic Cass Scenic Railroad, an 11-mile long heritage rail line that runs to the top of the third- highest peak in the state. Comstock was also known among educators for visiting public schools throughout the state to conduct quizzes on West Virginia history.

By focusing his efforts through the creative lens of his personality, Comstock was able to bridge geographic distances and reach readers throughout West Virginia and around the world. His timeless use of humor and ability to attract fans of all types are testaments to the professional outcomes of a strong positive attitude.

Volition is a noun meaning the power of choosing or determining; a choice or decision made. 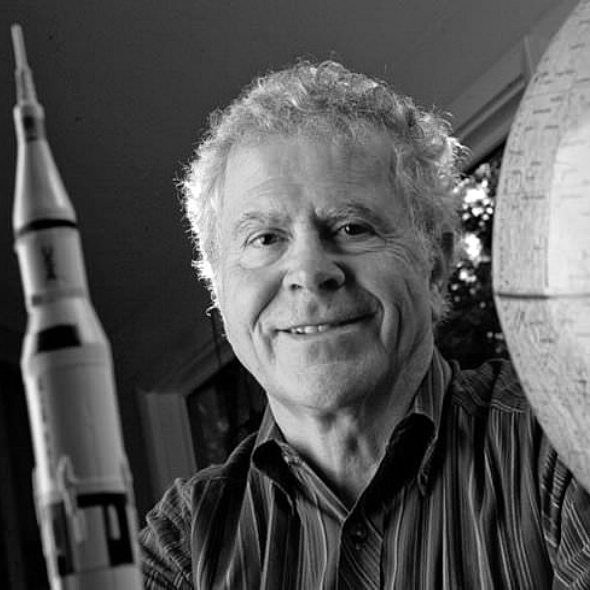 Homer Hickam is a prolific author, Vietnam veteran and retired NASA engineer. Hickam is best known for his work Rocket Boys: A Memoir, which detailed his rise from life in a West Virginia coal mining family and his determination in defying both his father’s wishes and societal odds to become a rocket scientist. Hickam’s engaging display of volition has been an inspiration to many, and was the basis for the critically-acclaimed film, October Sky.

Born in Coalwood, in McDowell County, West Virginia, Hickam was the second of two children to Homer and Elsie Hickam. Hickam attended Big Creek High School, where he began his love affair with rocketry. He and three of his friends began building rockets, calling themselves “The Big Creek Missile Agency.” The crew won a gold and silver medal for propulsion in the 1960 National Science Fair—quite a feat for a ragtag group of boys from a small coal mining town.

Hickam graduated from Virginia Polytechnic Institute (now Virginia Tech) in 1964 with a bachelor’s degree in industrial engineering. While at Tech, he designed a cannon, cast from brass cadet belt buckles and mining scraps from Coalwood, to be fired at games and during cadet functions. The cannon was called “The Skipper,” in honor of President John F. Kennedy, and has become a tradition for the Virginia Tech Hokies.

Hickam served as a First Lieutenant in the Fourth Infantry Division from 1967 to 1968 during the Vietnam War, and was honorably discharged from his service at the rank of Captain in 1971. His six years of active duty resulted in his being awarded the Army Commendation Medal and a Bronze Star Medal. As a civilian, Hickam worked as an engineer for the United States Army Aviation and Missile Command from 1971 to 1978 in Huntsville, Alabama.

Hickam went on to become an aerospace engineer for NASA at the Marshall Space Flight Center. He specialized in spacecraft design and was engaged in training space flight crews. Hickam’s resume includes training astronauts for Space Shuttle missions, including several missions centered around the Hubble Space Telescope. He also worked as the Payload Training Manager for the International Space Station Program prior to his retirement from NASA in 1998.

Hickam’s adolescent events with The Big Creek Missile Agency were the inspiration for Hickam’s acclaimed book Rocket Boys: A Memoir, later renamed October Sky. The story details Hickam’s volition in pursuing his love of rocketry despite the wishes of his father to follow in his footsteps and become a coal miner. The book was selected by the New York Times as one of its “great books of 1998” and nominated by the National Book Critics Circle as Best Biography of 1998. In February 1999, Universal Studios released the popular film October Sky, based on Rocket Boys.

Hickam was presented with Alabama’s Distinguished Service Award in 1984 after rescuing passengers from a sunken paddleboat on the Tennessee River. In 1999, West Virginia Governor Cecil Underwood declared an annual Rocket Boys Day to honor Hickam’s aerospace and literary career. In 2007, Hickam was awarded an honorary doctorate in Literature from Marshall University. That same year, he received the Distinguished Alumni Award from Virginia Tech.

Homer Hickam’s strong volition saw him rise above the odds, going from a small coal mining town to becoming a top-tier scientist. His dedication to his passion led to a distinguished life of service and reward. Hickam and his wife, Linda, reside in Huntsville, Alabama.