We define work quality as professionalism and excellence in one’s work, or as an achieved result showing little imperfection. 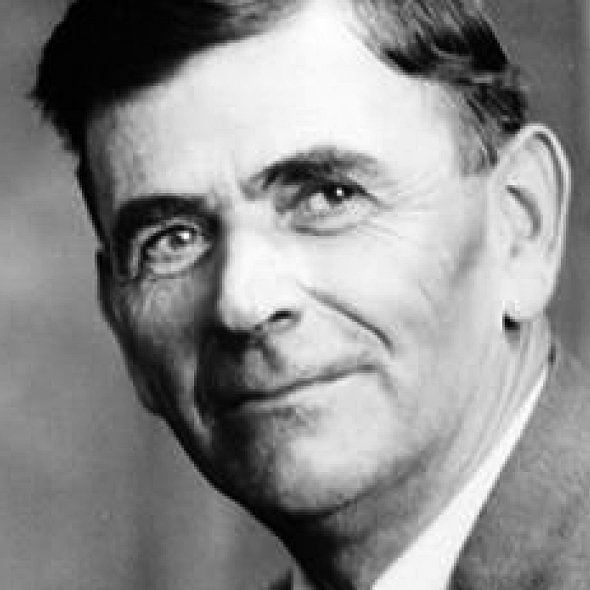 Benjamin Gravely was an inventor and manufacturer who revolutionized agriculture with his motorized garden plow. Gravely’s passion for product improvement and his focus on work quality resulted in efficient designs that were sold around the world.

Gravely was born in Martinsville, Virginia, to parents who owned a profitable tobacco farm and store. Despite the success of his parents’ business, the family was unable to afford college for the Gravely children. Benjamin, however, was driven to be in the driver’s seat of his future. Upon graduating high school, he took a position with a traveling photographer of the fledgling Eastman Kodak Company.

Gravely’s focus on the improvement of his equipment and work quality led him to design the first zoom lever on the archaic Kodak cameras, allowing the photographer to focus the camera on subjects without moving the hefty assembly. The self-motivation and salesmanship skills he acquired at Kodak would prove invaluable later in his life.

Gravely moved to Huntington, West Virginia, in 1901 to open his own photography studio—it was here that he snapped a portrait of Elizabeth Downie, a woman who would become his wife. The couple had five children; Benjamin and the elder offspring spent summer evenings hand-plowing the family’s garden. As an inventor, Gravely was always considering how to make tasks easier and the work produced of higher quality. He figured there must be an easier and more efficient way to till his land.

In 1911, Gravely strapped the air-cooled engine from an old Indian motorcycle to his plow and connected it to a drive wheel, effectively creating the world’s first motorized garden plow. The original crude design, with just 2.5 horsepower and only a few gears, became the prototype for the machine that revolutionized gardening. Gravely’s knack for improvement led to a refined design that he developed first in his kitchen and later at a friend’s machine shop. Stymied by the lack of existing Indian motors, Gravely developed his own motor. He worked alongside Eustice Rose, the eventual designer of the first automatic transmission, to design a custom drive system for the plow.

On December 5, 1916, a patent was issued for the first Gravely Motor Plow. In 1922, with the backing of a few investors who had seen the potential of his machine, Benjamin opened the Gravely Motor Plow and Cultivator Company in Dunbar, West Virginia. His machines were so popular that a year’s worth of units was sold in just 90 days. The original 1922 design sold for $150, which is equivalent to about $2,050 in 2016 dollars.

His initial D-model had one wheel and around 50 attachments, and his later L-model doubled in horsepower and had two wheels. Gravely’s mind worked faster than the factories—his focus on work quality and constant improvements tended to result in design changes that would delay model production. The Gravely tractor eventually became a powerful machine that could complete a variety of garden and lawn care tasks. The Gravely Motor Plow company had sales outlets in Florida, California, France, Switzerland, and Germany.

Over the course of his lifetime, Gravely filed 65 patents. He retired from his ownership of the Gravely Tractor company in 1937, and his business partner later sold the company to Studebaker in 1960 for $12.5 million. The last Gravely motor plow rolled off the Dunbar assembly line in 1968, and production moved to Wisconsin, where it still manufactures motorized lawn and garden implements today.

Emotion regulation refers to attempts individuals make to influence which emotions they have, when they have them, and how these emotions are experienced and expressed. Such efforts may be relatively automatic or controlled, conscious or unconscious. (Gross, Richards, John) 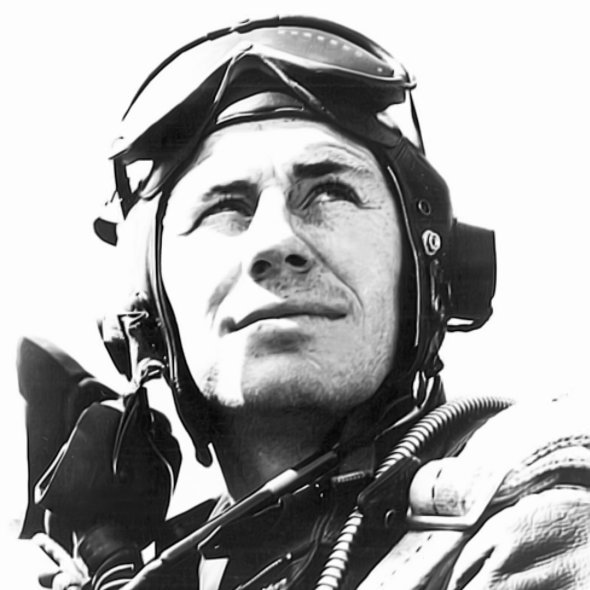 Chuck Yeager is decorated pilot and retired United States Air Force brigadier general whose record-setting 60-year flying career included being the first man to break the sound barrier. Yeager is especially revered for his calm demeanor and ability to regulate his emotions under intense mental and physical pressure,

Yeager was born in Myra, West Virginia in 1923 to Albert and Susie Yeager. The future general had his first military training experiences during the summers of 1939 and 1940 at Citizens Military Training Camp in Fort Benjamin Harrison, Indianapolis, prior to graduating from Hamlin High School in 1941.

Fresh out of high school and able to serve his country, an 18-year-old Yeager enlisted in the Army Air Corps as an airplane mechanic before enrolling in the flying sergeant program. His natural talent as a pilot and sharp visual acuity (he once shot a deer at 600 yards) allowed him to earn his wings and become assigned to the 357th Fighter Group in Nevada. The squadron trained in the new Bell P-39 Airacobra, in which many pilots had a hard time adjusting. “But not Yeager,” recalled his squadron mate, “Chuck became the yardstick by which we could measure the rest as they joined us, several each month. Yeager could fly. Right from the start, he was pretty impressive.” Yeager’s initial training acrobatics in the P-39 included buzzing a farmer’s field and pruning a tree on his property—the stunt earned him a seven-day grounding order.

Yeager was shipped overseas to the 363d Fighter Squadron for duty in World War II on November 23, 1943, where he was victorious in his P-51 Mustang fighter, named Glamorous Glen after his girlfriend and future wife, Glennis Faye Dickhouse. During his eighth combat mission on March 5, 1944, Yeager was shot down over France. He was able to regulate his emotions as he parachuted safely into German-occupied France and focus his efforts into formulating his escape plan. After escaping to Spain with the help of the French Resistance, Yeager helped the guerillas construct bombs to further their cause and ensure the chances of return to his squadron. To reunite with his unit in England, Yeager had to cross the French Pyrenees mountain range—he did so while carrying another airman who had lost part of his leg, for which he was awarded the Bronze Star in May of 1944.

Yeager was so committed to the cause that he spoke directly to General Dwight D. Eisenhower about a regulation banning escaped pilots from returning to combat missions over enemy territory. Eisenhower complied with the request, and Yeager was reinstated—he credits his postwar success as a test pilot in the Air Force to Eisenhower’s agreement on this decision.

During his tenure testing high-speed aircraft, Yeager solidified his place in history by setting numerous flight records. He achieved his most notable and historic accolade on October 14, 1947, when he exceeded 700 miles per hour and broke the sound barrier in a Bell X-1 rocket airplane that was dropped from the payload bay of a B-29 bomber. The X-1, similarly named Glamorous Glennis, is on display in the Smithsonian National Air and Space Museum. On December 12, 1953, Yeager went two- and-a-half times the speed of sound, or just under 2,000 miles per hour, in a Bell X-1A rocket craft, earning him the nickname “fastest man alive.”

Yeager became part of Charleston folklore in 1948 when re reportedly flew a Lockheed P-80 Shooting Star jet down the Kanawha River and under the South Side Bridge during a boat racing event. Although many visitors, boaters and media folks witnessed the event, it was never officially reported and thus remains one of the Charleston’s greatest legends.

Yeager’s illustrious military career as a “double ace” included 13 confirmed kills and the destruction of five German planes in a single 1944 mission, over 19,000 total flight hours, and his historic sound barrier accomplishments. While his accomplishments and accolades speak for themselves, his nicknames of “guy with the right stuff” and “Mr. Supersonic” add to the aura surrounding his legacy.

Yeager became well-known in the aerospace world for his calm demeanor and relaxed, monotone voice during his combat missions and test flights. Whether dodging bullets in a dogfight or going faster than the speed of sound, Yeager was able to self-regulate his internal state in the face of external chaos. During his X-1 training flights, Yeager’s controls went out as he approached .94 Mach, just under the speed of sound. According to the account by Shannon White, Yeager, “always cool- headed in such situations, turned off the plane’s rockets to slow down and jettisoned the remaining fuel. He glided back in to the lakebed and explained what had happened.” Pilots to this day study and attempt to emulate his distinct voice and calm intonation when they communicate over airspace.

In his latter years, his aviation adventures continued when he became the commander of the Aerospace Research Pilot School at Edwards Air Force Base, California, in 1962. In 1968, he became a brigadier general and in 1971 was assigned as U.S. defense representative to Pakistan before retiring from the military in 1975.

The swift hand of time did little to slow Yeager down—on the 50th anniversary of his historic X-1 flight, he broke the sound barrier again in an F-15D Eagle fighter jet. On the 65th anniversary in 2012, in an even more unbelievable display, Yeager did it one more time in an F-15 Eagle at 89 years of age. Yeager remains in high demand as a public event speaker and as an advisor on military and aeronautic interests.

Yeager achieved international fame as one of the central topics in Tom Wolfe’s famous 1979 aviation book The Right Stuff, to which a movie of the same name was adapted. He is honored by the Yeager Airport in Charleston and the nearby Yeager Bridge on the West Virginia Turnpike, along with the Yeager Scholars, an academic program for outstanding students at Marshall University.