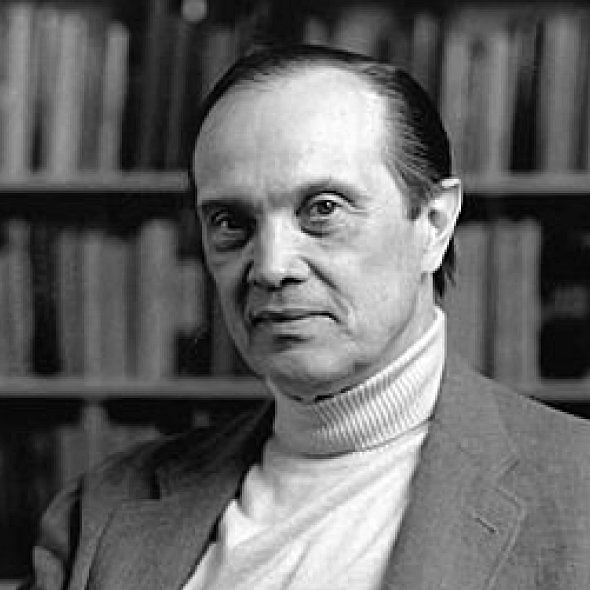 George Armitage Miller was a highly-respected psychologist and a prominent founder of cognitive psychology. A true master of communication in all its forms, Miller also authored several books, including 1951’s Language and Communication, and directed the development of WordNet, an online database used to link words in computer programs. Miller’s pioneering understanding of communication helped bring about the study of psycholinguistics—the psychology of language that allows us to study the acquisition, use and comprehension of language.

Miller was born in Charleston, West Virginia, to Florence A. Miller and George E. Miller, a steel company executive. After his parents’ divorce, Miller grew up with his mother during the Great Depression and graduated from Charleston High School in 1937.

He relocated to Washington, D.C., with his mother and stepfather where he studied at George Washington University for one year, eventually earning his Bachelor’s degree in history and speech and Master’s degree in speech, both from the University of Alabama. Miller’s involvement in the drama club during his collegiate years sparked his interested in the study of speech. He taught “Introduction to Psychology” at Alabama while being heavily influenced by Professor Donald Ramsdell. Miller received his Ph. D. in 1946 from Harvard’s Psycho-Acoustic Laboratory, where he researched military voice communications. The U.S. Army classified his doctorate thesis, “The Optimal Design of Jamming Signals,” as top secret.

Miller began his post-doctorate career when psychology was largely centered around behaviorism, which focused on observable behavior as opposed to actual mental processes. Miller, however, was interested in using experimental techniques to study the linguistic psychology resulting from those mental processes. He published the seminal paper, “The Magical Number Seven, Plus or Minus Two,” where he observed that a comprehensive analysis of different experimental results shows the average limit of seven for the capacity of short-term memory in humans. Miller’s findings stated that humans can effectively process no more than seven units, or chunks, of information, plus or minus two pieces of information, at any given time. When asked to repeat a random list of letters, words or numbers, Miller wrote people got stuck “somewhere in the neighborhood of seven.”

Miller took his understanding of communication and human language to the computer age in the 1980s when he helped develop WordNet, a massive database of English words that displayed linkages and relationships between sets of words. WordNet was used as a simulation and linguistics research tool.

Miller continued to be followed, for better or worse, by the number seven throughout his lifetime. According to Vitello in his New York Times obituary on Miller, “[The number seven] resonated more playfully in his golf game. He made the one and only hole-in-one of his life at the age of 77, on the seventh green, at the Springdale Golf Club in Princeton. His daughter said. “He made it with a seven iron. He loved that.”’

His peers at Harvard recognized Miller as deserving credit for the modern experimental ability to study the psychology of the human mind, and label him as one of the most influential experimental psychologists of the 20th century. Miller continued to publish a deep volume of work with heavy hitters like Noam Chomsky, and was recognized in 2002 by the Review of General Psychology as the 20th-most- cited psychologist of his era.

Through his work in psycholinguistics and psychological communication at Harvard, MIT and Princeton, Miller became one of the founders of the modern field of cognitive psychology, the study of the mental processes of the human brain. He was fascinated with cognition—the mental actions and processes by which humans acquire knowledge and understanding through experiences, the senses and personal thought. Miller studied cognition and its psychological components through the avenues of conscious and subconscious processes, conceptual learning, abstract thought and intuition. Miller paved the way for future psychologists to study cognition via linguistics.

Miller’s distinguished career resulted in a slew of awards, medals and fellowships at some of the most prominent scientific institutions in America. His pioneering contributions to psychology and the study of communication were recognized when he was awarded the National Medal of Science from the White House in 1991, as well as the Outstanding Lifetime Contribution to Psychology Award from the American Psychological Association in 2003. Miller passed away in 2012 at the age of 92 at his home in Plainsboro, New Jersey, surrounded by his family.

Lifelong learning is the ongoing, voluntary, and self-motivated pursuit of knowledge and skill for personal and professional purposes. 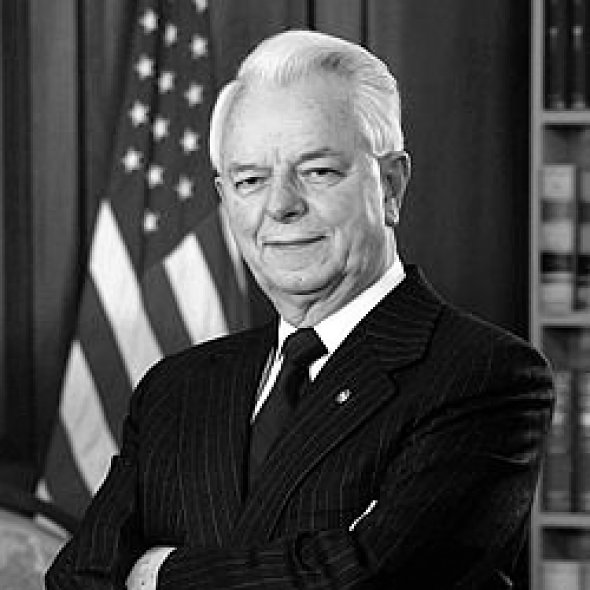 Robert C. Byrd was one of the most highly distinguished West Virginians to contribute to the public good. Byrd served in the Democratic Party as a United States Representative from 1953-1959 and as U.S. Senator from 1959 until his death in 2010.

During that time, he channeled billions of federal dollars to benefit West Virginia. He posthumously holds the title of longest-serving U. S. Senator, and, at the time of his death, was the longest-serving member in the history of the U.S. Congress. Byrd’s legacy as a lifelong West Virginia advocate was bolstered by his passion for lifelong learning.

Born Cornelius Calvin Sale, Jr. in North Carolina, Byrd was just one-year-old when his mother died from influenza. His father granted her last wish and sent their children to live with various family members – Byrd was adopted by his aunt and uncle, Vlurma and Titus Byrd, who resided in West Virginia’s southern coalfields.

Byrd began his educational legacy when he graduated valedictorian from Mark Twain High School in 1937. He soon moved to Baltimore with his wife, Erma Ora James, and two children to work odd jobs at a shipyard during World War II. Byrd’s first foray into politics came when he ran on the Democratic ticket for West Virginia’s House of Delegates in 1946.

Having studied music at an early, Byrd was also a talented fiddler. His fiddle accompanied him on the campaign trail, drawing crowds to his speeches and playing a large part in his initial electoral victory. He never lost an election from that point forward. Byrd was re-elected as a West Virginia Delegate, then to the West Virginia Senate in 1951, before winning a seat in the U.S. House of Representatives in 1953. In Washington, his passion for self-education and love of reading earned him the reputation for possessing encyclopedic knowledge of political procedure, gaining him the upper hand when navigating the Senate’s convoluted rule books.

Byrd lacked a college degree when he first entered the halls of Congress. In 1953, he enrolled in night courses in pursuit of a law degree. Byrd was still taking classes when he defeated Republican Incumbent W. Chapman Rivercomb for his seat in the U.S. Senate in 1958.

However, Senator Byrd’s legacy was not without controversy. As a young man, Byrd was exposed to the Ku Klux Klan (KKK), a white supremacist group that expressed vitriolic anti-African American, anti-Catholic and anti-Semitic rhetoric. Working as a butcher in the early 1940s, a politically ambitious Byrd recruited 150 fellow West Virginians to form a KKK chapter, of which he became the leader. Byrd stated that throughout his few years of association with his chapter he never promoted or engaged in the violent acts of hate that the KKK is associated with, but instead was attracted to the group as a powerful gathering of men against communism as well as a platform from which he was able to launch his political career. Although Byrd apologized numerous times for this period of his dynamic past, he was never able to fully polish off the tarnish it left on his reputation.

While serving as a U.S. Senator, Byrd was also criticized for his voting record – he prolonged a 14-hour filibuster on the Senate floor during the eventual passage of the 1964 Civil Rights Act, supported the wildly-unpopular Vietnam War, and voted against the nomination of Thurgood Marshall, the first African American appointed to the U.S. Supreme Court.

As Byrd aged, he cited his affiliation as a Baptist and the need to stay politically relevant in the Democratic Party as motivations to practice tolerance and acceptance. Byrd’s passion for lifelong learning resulted in his exposure to new views and changing attitudes as American society progressed. While his past cannot be erased, his practice of consistent learning and introspective thought allowed him to adopt profound changes in his beliefs and values – a feat that helped him trump a dark period and earn nine consecutive Senate terms, serving twice as Senate majority leader. As his pursuit of self- education continued, Byrd was lauded by those in his party for supporting programs aimed at alleviating poverty, opposing the Iraq War, and supporting minority rights.

Ultimately, Byrd’s ability to evolve on social issues and his dedication to lifelong learning enabled great accomplishments while he represented and served West Virginia. His knowledge of issues throughout his career allowed him to stay relevant as American society evolved. Byrd, however, never forgot his roots and worked tirelessly to give back to those whose livelihood depended on his grit and determination. By steering billions of federal dollars toward West Virginia, he was able to bring jobs, industry and infrastructure to a state that didn’t have a single mile of divided four-lane highway when he began his tenure. Now, over three dozen bridges, highways, buildings and public schools are named in his honor. Byrd embraced learning in all facets – music and liberal arts, the Constitution and the legal system, and religion and acceptance. Byrd personified the self-sustaining drive one must possess to pursue a life full of learning and evolution required to contribute to and influence the public good.