Teamwork is a basic concept that has a wide variety of implications. From working toward a similar goal, to learning to work with those who challenge you, teamwork is something we all understand, but can spend a lifetime perfecting.

Cam Henderson was a Hall of Fame coach who revolutionized team sports via the development of the zone defense and modern fast break in basketball, as well as offensive styles in football. His understanding of the need for and effective use of teamwork guided his visionary athletic accomplishments. He remains a Marshall University sports legend to this day.

Henderson grew up in Marion County, West Virginia, before attending Glenville State Normal College (now Glenville State College) where he played football, basketball and baseball. During his college years, Henderson developed his love and understanding of basketball and football. Still in their rudimentary days, these sports were awaiting offensive and defensive innovations that would spark their evolution into the complex and intricate versions that fans adore today. Using teamwork as the foundation to guide his strategies, Henderson was one of those early catalysts.

Following graduation in 1911, Henderson began his coaching career at Shinnston High School before becoming principal of Bristol High School, where he developed that school’s inaugural athletic program. It was at Bristol that unfortunate structural conditions created modern day basketball’s classic defensive scheme. There was no gymnasium upon Henderson’s arrival at Bristol. Although he managed to have an athletic facility constructed, the shoddy workmanship resulted in bowing wood floors and a leaky roof. In an effort to avoid slippery spots on the floor, Henderson distributed his defenders in zones to cover the court while remaining safe—proving effective, this became the modern 2-3 zone defense.

As defenders were ordered to remain in their zones, holes would open up offensively when a missed ball broke free. He developed an offense of ‘breaking fast’ off of the missed ball, using the lanes of the court to open up options as the forwards and point guard moved the ball. He used his vision as a coach to see that both sides of the ball could operate efficiently and effectively when designing plays with teamwork in mind. Henderson’s basketball developments remain hallmarks of the modern game, used regularly by college and NBA teams alike.

Henderson’s first collegiate coaching position was in 1919 at Muskingham College in Ohio. Following three years at Muskingham, he returned to West Virginia to continue coaching at Davis and Elkins College. In 1925 at Davis and Elkins, he coached his men to the first undefeated basketball season for a West Virginia collegiate team with a 22-0 record. His 1933 football team won the West Virginia Athletic Conference title. After twelve years, Henderson sported an 83-33-6 record in football and a 220- 40 record in basketball.

Integrity is the firm adherence to a code of strong moral principles. The root of integrity is about doing the right thing even when it’s not acknowledged by others, or convenient for you. 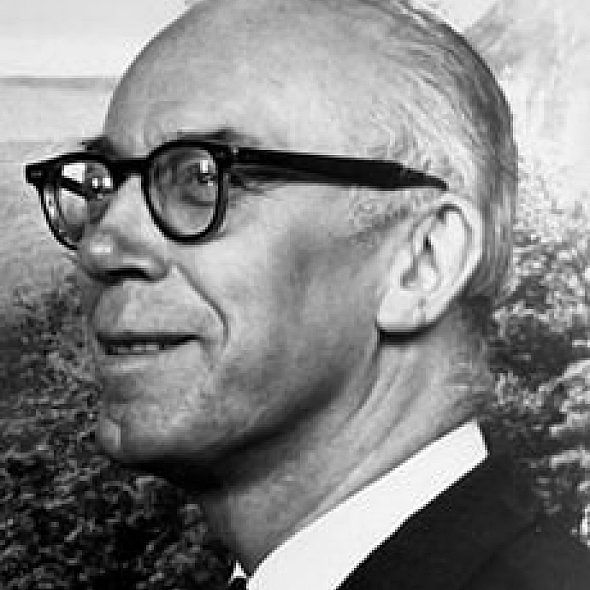 Ken Hechler is a life-long politician who served West Virginia as a Democrat in the United States House of Representatives from 1959 to 1977, and as the West Virginia Secretary of State from 1985 to 2001. Hechler is widely known for his integrity and honesty as he worked tirelessly to wipe out the electoral corruption that had infected West Virginia politics.Born in Roslyn, New York, Hechler led an educated life prior to his accomplished military career. He holds a BA from Swarthmore College, as well as a Masters and PhD from Columbia University, where he also served as faculty member.

Drafted as an infantry private in 1942, Hechler produced a decorated military career as a combat historian. After his discharge, he was a staff member under President Harry Truman from 1949-1953. Using his academic and historic background, Hechler has since authored a handful of literary works pertaining to his wartime experiences as well as working alongside Truman.

Hechler begin his political legacy in the U.S. House of Representatives where he specialized in coal mine safety and environmental protection. His commitment to integrity in these areas saw passage of the Federal Coal Mine Health and Safety Act of 1969 and the preservation of the New River. Thousands of families owe the safe return of their miners to Hechler’s defense of mine safety, as do widows who were able to receive black lung compensation.

Hechler’s honesty throughout his political career shone through the corruption of those around him. An outspoken “liberal democrat” who fought for equality, Hechler was the only member of Congress to walk with Dr. Martin Luther King, Jr. in the famous 1965 civil rights march in Selma, Alabama. During a Congressional recess in 1975, Hechler returned to small-town West Virginia to work odd jobs and reacquaint himself with life in West Virginia and “outside the marbled halls of Washington, D.C.” He waited tables, picked up garbage, mowed lawns, pumped gas and served at a hospital. Hechler’s sense of place among his constituents was integral in his view of representation.

Hechler is most celebrated for his vigorous fight to wipe out political corruption in West Virginia. When Hechler took office as Secretary of State in 1985, flaws in the electoral process were highly pervasive, specifically in the southern coalfields. Votes were being sold to the highest bidder, threats were issued to prospective voters, and poll workers were rigging elections. Hechler’s tenacious involvement with the Fair Elections Committee in Mingo County brought down the sources of corruption that even extended into area justice and school systems. One of few politicians to uphold his own integrity and honesty, Hechler’s laudable efforts were directly responsible in the prosecution and incarceration of those involved in the electoral scandals. He has widely been credited with ‘cleaning up’ West Virginia politics.

Hechler’s integral upholding of values he deemed important to the West Virginians he represented continues to this day. At the age of 94, he actively participated in a 1999 mountain removal protest in the Coal River Valley, and was arrested alongside 28 others. Upon U.S. Senator Robert C. Byrd’s death in 2010, Hechler campaigned in the special election for his open seat against then-West Virginia Senator Joe Manchin. Hechler’s primary goal in the campaign was not to win, as he had little chance against his opponent, but to raise awareness of the devastating scar that mountaintop removal continues to imprint on his beloved Mountain State. His integrity shone through his campaign slogan that echoed across West Virginia: “A Vote for Ken Hechler is a vote against mountaintop removal.”

Currently the oldest living person to have served in the U.S. Congress, Hechler’s commitments to integrity and honesty are apparent in his personal life as well – he recently married his lifelong partner, Carol Kitzmiller, in Virginia at 98 years of age. Upon turning 100 in 2014, Hechler stated, “The secret of longevity is to exercise.”