We define safety as the act of taking measures to avoid physical harm to yourself and others; precautions to prevent injury, danger, or loss. 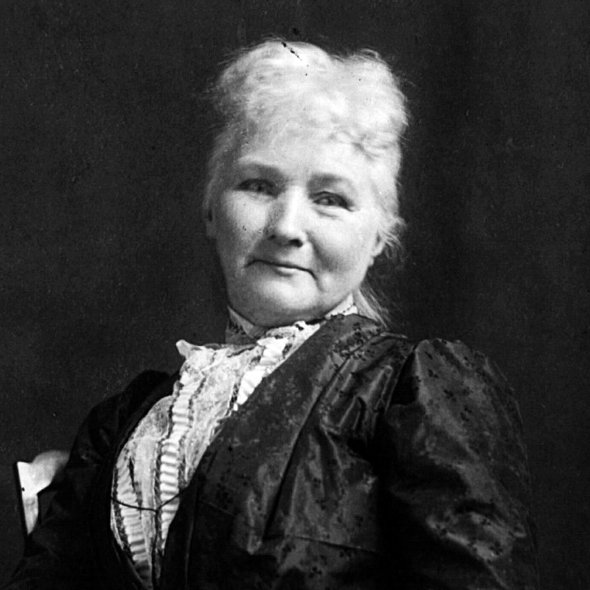 Jones was born Mary Harris in Ireland to Roman Catholic tenant farmers Richard and Ellen Harris. The Harris family was victimized by the great Irish Famine of the late 1840s, sending them, along with millions of other Irish emigrants, to North America in search of a new life. Arriving in Boston in 1850, the Harris family followed its patriarch throughout Massachusetts, and later Canada, as a railroad laborer. Harris and her family faced heavy discrimination due to their Irish immigrant and Catholic status—this would have an effect on Jones and influence her unforgiving public speaking style.

Jones began working her influence on others as a teacher first in Michigan and then Chicago, describing her initial school as a “depressing place.” She abandoned the world of teaching to work as a dressmaker in Memphis, Tennessee, where her husband George, and four children would tragically die in an 1867 yellow fever epidemic. Upon losing her entire family, Jones packed up and returned to Chicago to open a new dressmaking shop.

While sewing in the Windy City, Jones became aware of the stark contrast between the haves and the have-nots. “I would look out of the plate glass windows and see the poor, shivering wretches, jobless and hungry, walking alongside the frozen lake front,” she said. “The tropical contrast of their condition with that of the tropical comfort of the people for whom I sewed was painful to me. My employers seemed neither to notice nor to care.”

Tragedy would continue to test Jones’s grit when her business and all of her belongings were destroyed in Chicago’s Great Fire of 1871. In her autobiography, Jones attributed the loss of her family and destruction of her belongings in the Chicago Fire as her life’s two turning points that led her to the labor movement. Following the fire, Jones joined with many others in rebuilding the city and their lives. It was here that she joined the Knights of Labor, where she led strikes and organized protests. After tumultuous and violent outcomes resulted in the demise of the Knights of Labor, Jones became affiliated with the United Mine Workers in West Virginia.

Jones earned her endearing activist surname of Mother by claiming a birth year of 1830 (seven years prior to her recorded date), dressing in lace and outdated black garments, and referring to the laborers she defended as “her boys.” Her organizational tactics were far ahead of her time—Jones encouraged African Americans to join in her protests, inspired women and their daughters to block strikebreakers at mine entrances with brooms, and staged children with signs in parades and other public events.

Jones’s abrasive personality and socialist political leanings contributed to her quick rise in the UMW’s activist ranks. She was so effective at rousing up thousands of men that she was sent to the decrepit company towns of West Virginia’s coalfields to sign miners with the union. Upon surveying the scene in West Virginia during December of 1900, Jones reported that “conditions there were worse than those in Czarist Russia.”

In West Virginia’s infamous and bloody Paint Creek-Cabin Creek strike of 1912, violence broke out between striking miners and company militias directed by the Kanawha County mine operators. Jones, now 86 years old, arrived in July as tensions began to boil over, rallying workers and busting through armed guards to persuade other regional miners to join the strike. She covertly organized a secret march of 3,000 armed miners to Charleston to read a declaration of war to Governor William E. Glasscock on the capitol steps.

Following subsequent establishments of martial law, Jones was arrested in Pratt in February of 1913, and charged in a military tribunal with inciting riot and conspiracy to commit murder. She refused to recognize the court’s jurisdiction, was sentenced to 20 years in prison, and was released after 85 days by newly inaugurated Governor Henry D. Hatfield. Within days of her freedom, a U.S. Senate investigation of the working conditions in the mines was initiated. Recovering from a dangerous pneumonia episode, Jones immediately returned to the front of the picket lines to organize miners in Colorado and was arrested yet again. Upon regaining her freedom, Jones was invited to speak directly with John D. Rockefeller at the Standard Oil headquarters in New York City—a meeting that prompted the industrial tycoon to adopt major reforms in the mines.

Jones’s fiery orations gained her such power and prominence that West Virginia District Attorney Reese Blizzard proclaimed her “the most dangerous woman in America”—quite a title for a grandmotherly looking woman barely standing five feet tall. Blizzard stated, “She comes into a state where peace and prosperity reign, crooks her finger, and 20,000 contended men lay down their tools and walk out.” What she lacked in physical demeanor, she more than made up for with unwavering determination in her lifelong fight for laborer safety. She even famously said of herself, “I’m not a humanitarian, I’m a hell-raiser.” Jones was banished from more towns and held in more jails than any other prominent union leader of her time.

Jones continued to fight for “her boys” until her death in 1930. She is buried in the Union Miners Cemetery in Mount Olive, Illinois, where an 80-ton bronze and granite sculpture depicts two miners on either side of a shaft with a relief of Jones. Over 50,000 miners gathered to honor her burial site on October 11, 1936—the date now known as Mother Jones Day.

Jones accomplished more for miner safety and unionization in West Virginia than any other labor advocate of her time. Many union organizations and miners continue to celebrate her life and efforts to this day. Jones’s fiery spirit lives on through her famous words, “Pray for the dead and fight like hell for the living.”

We define physical health as the health of the body, and a measure of well-being that is the most visible of the various dimensions of health. According to the World Health Organization, adults aged 18 – 64 should do at least 150 minutes of moderate or at least 75 minutes of vigorous physical activity each week. Activities may be broken up, but each spurt of movement should be at least 10 minutes. Do you meet this recommendation? 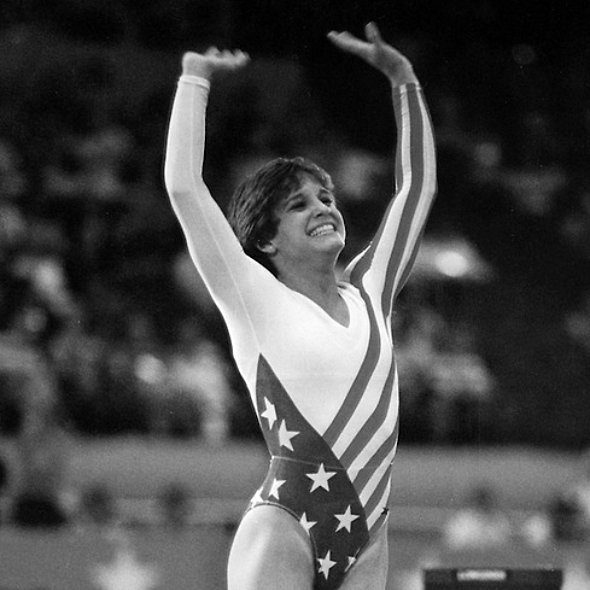 Mary Lou Retton is one of the most famous female gymnasts to ever grace the floor. She skyrocketed to international fame by becoming the first American woman ever to win a gold medal in gymnastics at the 1984 Olympic Games in Los Angeles. Retton, serving as a heroine to athletes of all disciplines, remains active as a motivational speaker promoting the benefits of physical health and nutrition.

Born and raised in Fairmont, West Virginia, Retton is the youngest of five children to Lois and Ronnie Retton. She became inspired to pursue gymnastics when she watched Nadia Comaneci upset defending Olympic champion Olga Korbut during the televised 1976 Summer Olympics in Montreal, Canada. Retton began practicing in Fairmont under Coach Gary Rafolski before moving to Texas to study under the internationally-revered Romanians Bela and Marta Karolyi—the same duo that coached Comaneci to success.

Retton was immediately recognized for her dedication to physical health through intense fitness routines and nutrition practices. Her discipline contributed to her quick rise as she made a name for herself winning the 1983 American Cup and placing second in U.S. Nationals that same year.

Retton continued her ascent the following year, running the table with wins 1984’s American Cup, U.S. Nationals, and U.S. Olympic Trials. Her path to the Olympics, however, was not without setback—Retton suffered a knee injury during a floor routine practice. She stormed back, proving her dedication to physical health by recovering just in time for the 1984 Olympic Games.

If one event would etch Retton’s name into the proverbial granite history books, it would be her legendary performance in the 1984 Olympic Games. At just 16 years of age, Retton’s perfect displays of athleticism in Los Angeles captured the hearts of Americans and fellow gymnasts the world over. Her stellar performance at the ’84 Games saw two perfect-10 performances in the vault and floor exercise. Her vault score earned her the All Around Gold Medal, making her the first American woman to win gymnastic gold—she remains the only American to ever win the Olympic All Around title. Retton also won four additional medals in ’84, making her the most-decorated athlete in that edition of the Olympic Games.

Her gold-winning vault score landed her in NBC’s “Greatest 100 Moments in Olympic History.” Her five medals in ’84 were the most of any athlete. She was named Female Amateur Athlete of the Year by the Associated Press and Sportswoman of the Year by Sports Illustrated. Retton’s beaming smile even made her a household name as the first woman to ever appear on the coveted Wheaties cereal box. Retton was able to cash in commercial endorsements and even had several cameo movie appearances.

Retton continued to rack up title victories until her retirement from gymnastics in 1986. She had a front spin maneuver on the uneven bars dubbed the Retton Flip in her honor. America’s gymnastic darling, however, continues to be an inspiration to athletes of all ages. She remains in great demand as a motivational speaker and serves as a Fitness Ambassador to promote the benefits of exercise and nutrition.

Retton was inducted into the International Gymnastics Hall of Fame in 1997. She and her husband, former Texas quarterback Shannon Kelley, passed their athletic genes onto their four daughters—all of which follow in the gymnastic footsteps of their mother. Retton’s outstanding legacy as a top-tier athlete is an homage to the rewards that can be achieved through dedication to physical health.