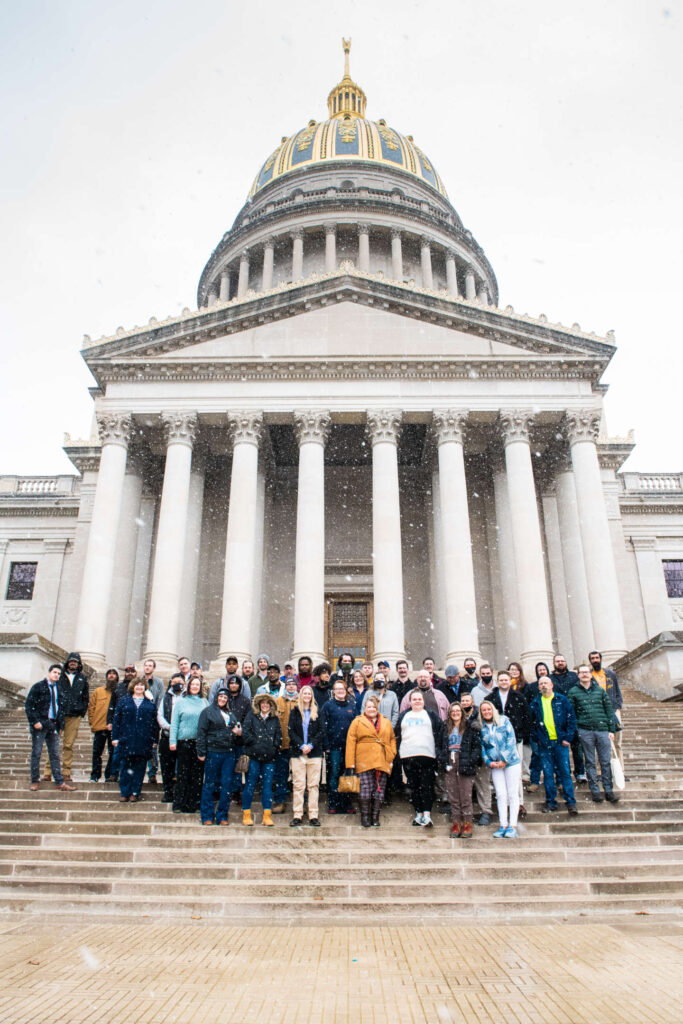 The Coalfield Development crew traveled to Charleston, West Virginia, for this month’s special Council Day to mingle with legislators, tour the state museum at the Division of West Virginia Culture and History center, and receive special recognition from the House of Delegates.

At the start of Friday’s session, Delegate Pat McGeehan, of Hancock County, introduced the Coalfield team to the House before proceeding to unfinished business. About 50 members of our crew, who filled the entire west gallery balcony, stood as members of the House chamber clapped.

As a friend and supporter of Coalfield Development, Delegate McGeehan recently spent some time talking with our CEO Brandon Dennison for our Change in the Coalfields podcast. Check out their interview here!

Following our visit to the House chamber, our crew took the opportunity to explore the Capitol building, stopping to read informational plaques and get a closer look at the paintings, chandeliers, and sculptures featured around the rotunda.

For many of our crew members, this was their first experience visiting the State Capitol and Culture Center.

“It’s very big, easy to get lost in, and fancy,” said Amanda Whitlock, crew member with Mountain Mindful while describing her first impressions. “The architecture was pretty, especially in the gallery room.”

Ashley Cain, WRAPS crew member, said she enjoyed the opportunity to participate in the House’s introductions during her first visit to the State Capitol. 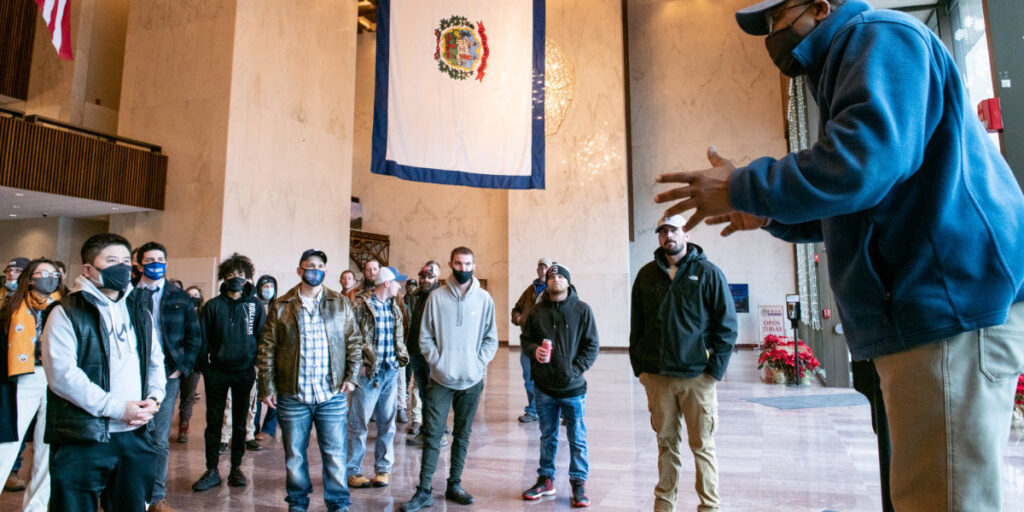 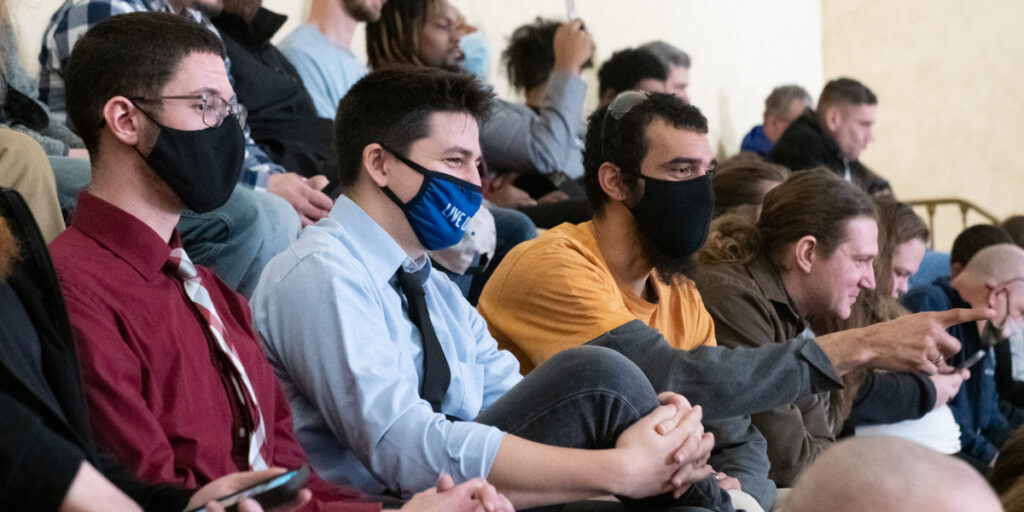 “We were able to sit in and experience what we see on TV,” Cain said. “Being there, I felt famous as they introduced us.”

“I liked the way they were communicating,” added Larry Endicott, crew chief. “Very interesting. Everyone knows the format of it and has to respond to that. If everyone out in the world participated like that, imagine what could be done.”

“It was surprisingly engaging,” said Burns, adding: “I [also] really liked the really big trees outside.”

“The Statue of Lincoln [near the base of the Capitol stairs] is my favorite thing on the grounds,” said Adam Hudson,  WRAPS crew chief.

Later that morning, we ventured over to the West Virginia Division of Culture and History for self-guided tours throughout the exhibits. Over the hour that followed, we learned about the history of the region, viewing prehistoric relics and seeing artifacts preserved from the last several centuries.

The museum is organized by significant eras and can be explored in various orders, with each period housing artifacts and recreations of the time period.

“I liked the museum,” said Will Leach, a trainee. “It makes you feel — even though you’re past all that — that just being there, reading, and reminiscing and seeing it [was fascinating]. I did have a favorite part: when you get to the train and the coal miner, I liked that. It was pretty neat.”

Heather Tincher, a crew member at Mountain Mindful Apparel, said she enjoyed looking at items from around the state, particularly areas near where she was raised in Greenbrier County.

“I liked the artifacts in the culture museum like the arrowheads,” Tincher said. “[I got to] see things from different areas and where I was born, like shoes from 1900.”

“Just the artwork in general is gorgeous,” added Elice Hunley, 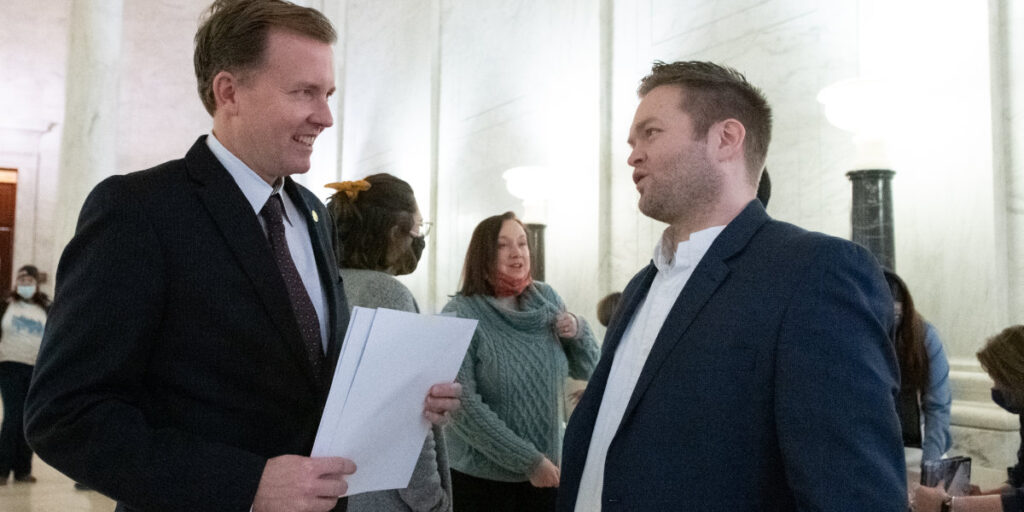 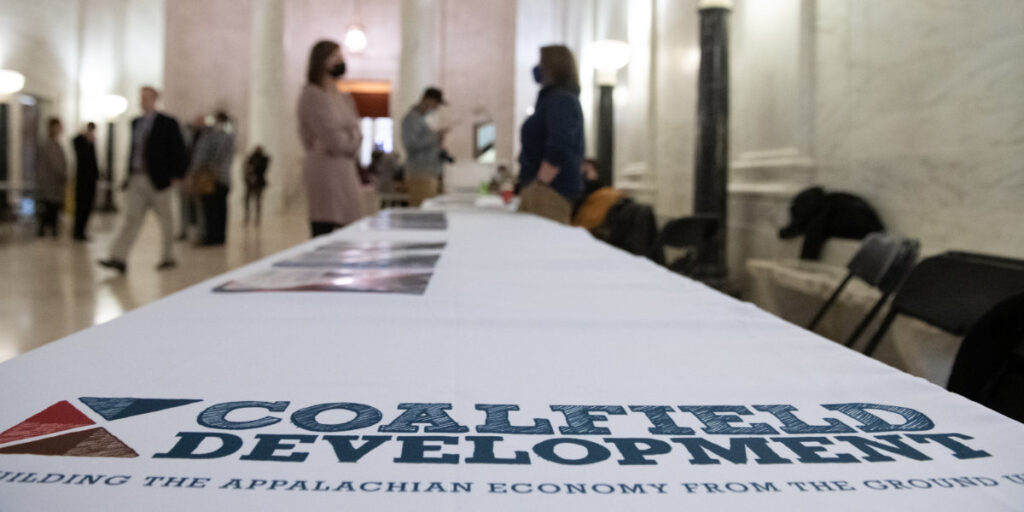 After our tours, we met at the First Presbyterian Church on Virginia Street for lunch, a WRAPS graduation, and a discussion on our updates to the team handbook. Kelli Crabtree led the conversation, sharing updates and explaining any shifts in various existing policies.

We celebrated the graduations of Joey Garcia and Brian Hughes, who have been with Coalfield for the last sixth. As a group, we shared words of encouragement and shared memories we shared with both Brian and Joey, who are both extremely committed, hard-working folks.  Lucky for us, both members will be sticking around and transitioning to full-time crew members: Brian in construction and Joey in maintenance.

Casey McCann spoke about both Brian and Joey, who joined around the same time Casey did. It’s been a privilege, he said, to watch them progress throughout the process.

“They’re both remarkable employees and remarkable people,” Casey said. “They have grown and I think they’ve exceeded expectations, and they just continue to grow and expand their horizons. I just respect them all, they just give me purpose for our jobs and our positions. At the end of the day, when it comes down to it, it’s  about them. In personal and professional development — they excel at both of those. They both capture the reason and essence behind why Coalfield exists.”