This month, we’re celebrating a recent graduate of our program who embodies each of our core values of gumption, grit and grace: Barbara “Barbie” Mason. Over the last two years, we’ve had the privilege of working with Barbie as she’s learned new trades, gained confidence in her abilities and honed her leadership skills at SustainU.

Barbie started her journey at Coalfield Development through the WRAPS program in January 2019. By the following February, she transitioned to become a crew member at SustainU. She first learned about Coalfield through her fiancé, Glenn Wilson, who had previously graduated from the program.

At first, she wasn’t sure what to expect, but soon enough, she’d found her niche.

“When I first started, WRAPS was a new program, and when I heard about it, I thought that when I got into it that I’d be learning all kinds of enterprises here; that I’d be learning the construction, the agriculture, SustainU,” Barbie said. “I do shirts, and I have my own Cricut and all that stuff at home. Then I found out they had SustainU here. I used to want to go into agriculture; that was something I didn’t care to do. But I like doing stuff with shirts.”

Prior to joining the Coalfield team, Barbie said she had recently stopped attending college. Once she got acclimated in her new role at SustainU, she re-enrolled, picking up right where she left off at Mountwest Community and Technical College.

On December 10, 2020, Barbie graduated early with her degree from MCTC, shortly after the birth of her daughter, Emma. During our most recent Coalfield Council Day at the end of January, our team hosted a virtual graduation for Barbie, who donned her mask and graduation gown as dozens of our Coalfield crew members and staff cheered her on.

Barbie praised Coalfield’s staff for their flexibility throughout her pregnancy and as she cared for her grandmother during the ongoing coronavirus pandemic. She also noted the value of Coalfield emphasizing physical and mental health in the workplace.

“Coalfield has really worked with me on a lot of that, because my grandma’s also currently ill, and she goes to the hospital a lot, so there’s chances for COVID, and there’s been a couple cases where I’ve had to quarantine — three or four so far — and it’s been a struggle,” Barbie said, noting that she’s had opportunities to work from home.  “Coalfield’s really helped me out. They really have.”

Barbie said that job security through Coalfield had also given her a sense of peace and relief, especially during the pandemic. Instead of seeking flexible employment while she pursued her studies, she had adequate time to test skills, develop them and determine what she wanted to pursue professionally. 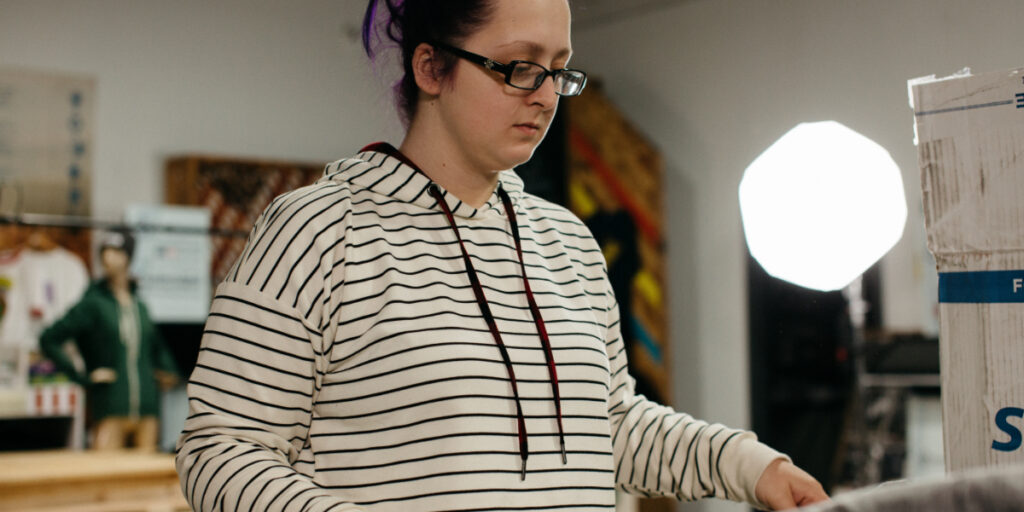 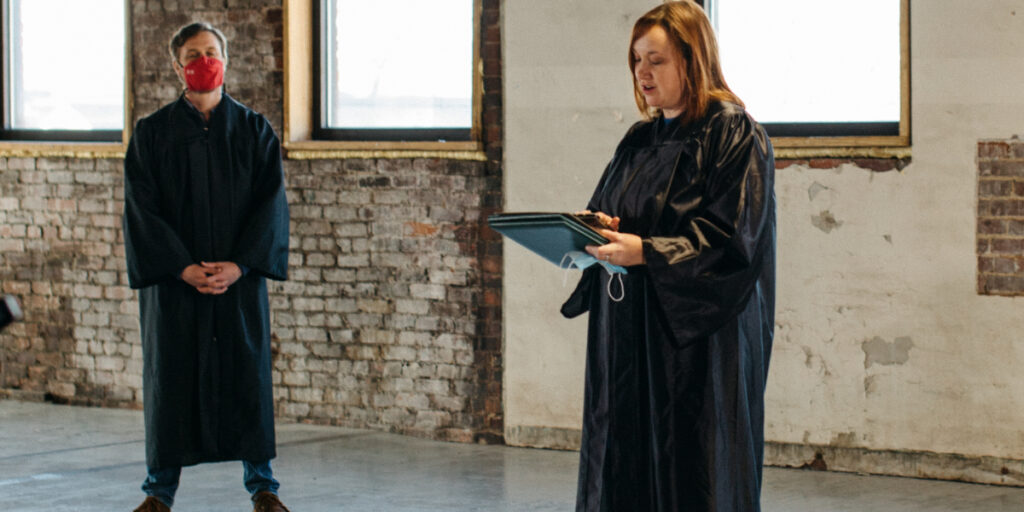 “It gave me the motivation to come to work everyday, work and know that I have a job and know that I’m not going to lose it,” Barbie said. “I was set for two years straight, and I knew from the beginning that after two years, I’d transition to something new, so I had that heads up that it was time to transition.”

Through Coalfield Development, Barbie said she’s learned countless skills that have been beneficial in everyday life. As a trainee, she assisted crew members in putting up drywall and insulation. Now, she says those skills are coming in handy.

“We’re in the middle of building a house, and the insulation and stuff like that is going to come in handy,” she said. “I learned that from here. That’s something that I’m really proud that I was actually able to learn and do.”

For now, Barbie’s participating in observational training before starting a new full-time job post-Coalfield, and so far, she’s optimistic. Barbie said she also plans to continue her education at MCTC in Child Development in the near future.

“I’m proud of myself for others having faith in me and succeeding,” Barbie said. “I was able to succeed, and here I am now.”

From all of us at Coalfield Development: We’re so proud of you, Barbie. Congratulations on your graduation! We can’t wait to see you excel in your career.